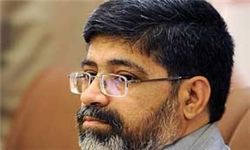 The date for registration regarding Iran’s presidential elections, has been publicized, Fars reported.

Director of Elections Department of Iran’s Interior Ministry, Hassan Ali Nouri said that the registration of the candidates will begin on Persian date Farvardin 92 (starts on March 21).

He said that the Interior Ministry is working on creating the program schedule for the time and registration of the candidates.

The next presidential elections in Iran will take place on June 14, 2013. The voters will elect the seventh President, successor of Mahmoud Ahmadinejad.

In order to be admitted to the elections race, the candidate must first be approved by 25 experts that he is a religious person, and also by 100 parliament members, who would be able to confirm that he is who he is on the political stage.