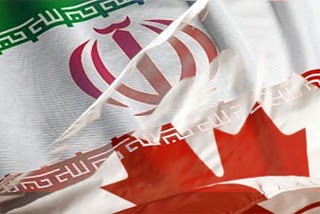 ‘What has prompted Canada’s move against Iran?’

Although his swearing-in at Rideau Hall must have happened in the dead of night, Canada appears to have a new foreign minister. His name is Benjamin Netanyahu. His day job may be prime minister of Israel, but Canada’s abrupt actions against Iran seem to confirm that the Harper government’s outsourcing of Canada’s Middle East policy to Jerusalem is now complete.

There is little else to conclude from Canada’s unwise decision to move unilaterally on Iran at this moment. All sorts of crucial issues are in play with Iran. They involve the future of its nuclear program, the impatience of Israel’s leadership to attack Iran, the shape of a new Middle East as the heinous Syrian regime implodes and several delicate life-and-death issues involving Canadians on death row in Iran. Surprisingly, Western nations have held together on how to approach these key challenges — except, now, for Canada.

So why would Canada indulge in a meaningless poke in the eye that will only be dismissed by Tehran and serve to push the Canadian government even further to the extremes of diplomatic irrelevance?

For a clue, let’s flash back two weeks ago to Israel, where the debate over Iran has been at a fever pitch among politicians and in the media for months.

Prime Minister Netanyahu met privately with the U.S. ambassador to Israel. Netanyahu “lost his temper,” according to U.S. officials, and was described as nervous, agitated and frustrated at American reluctance to move on Iran. Several days later, Gen. Martin Dempsey, chairman of the U.S. Joint Chiefs of Staff, further upset him by warning that an Israeli strike, with all its risks, would only “delay but probably not destroy Iran’s nuclear program.”

Now, enter the Canadian government. In recent years, with its passionate pro-Israeli stance, it has gained the reputation throughout the Middle East of being a passionate warrior on behalf of Israel’s foreign ministry. I was in Israel in July — coincidentally at the same time as Mitt Romney — and there were references in the Israeli media about Canada’s unwavering support of the Israeli government.

It was obviously appreciated, but one sensed it was also seen by some Israelis as somewhat mystifying. After decades of being one of the world’s most respected “honest brokers” on Middle East issues, what in God’s name has slipped into the water supply in Canada to explain such a change?

Contrary to the Canadian government’s statement on Friday, it is unimaginable that its actions against Iran will affect that country’s policy regarding Syria or its nuclear program. Instead, its priority seems to be on the Israeli issues. It is not surprising that Canada’s actions were warmly welcomed by Netanyahu.

But it is difficult to understand Canada’s timing. It will have precious little impact on Iran’s behavior and seems at variance with the current state-of-play on the nuclear issue. In fact, it actually comes at a time when the mood in Israel’s top leadership seems to have turned against the idea of an imminent strike against Iran.

On Thursday, Defence Minister Ehud Barak — who has sided with Netanyahu in arguing that a nuclear-armed Iran is an ”existential” threat to Israel — seemed subtly to temper his rhetoric. He emphasized a desire to work with the Americans on this issue, even if this meant a delay in potential military action: “One should not ignore the impressive preparations by the Americans to counter Iran on all fronts.”

Barak’s remarks may have reflected several important realities that are gaining attention. One, it is clear that U.S. president Barack Obama is as determined as the Israelis to prevent a nuclear-armed Iran. Two, there is still no evidence that Iran actually wants nuclear weapons. And three, most of the Israeli public, military and political class find the idea of a strike against Iran as unnecessarily dangerous. Last Sunday, a former Supreme Court Justice Eliyahu Winograd— whose committee criticized Israel’s role in its 2006 war with Lebanon — warned that an Israeli strike on Iran “may endanger the future of the country”.

And then, there is that other crucial issue: If Israel attacks Iran, with or without U.S. help, what will be the repercussions? Will the region be engulfed in war? Will the Iranian government, so loathed by many of its people, be emboldened and strengthened by this attack? Will such an action actually ensure that Iran eventually develops a nuclear bomb?

Canadians have every right to ask its government how it believes such a conflict will evolve. However, reflecting on its recent actions, we may have to wait until our government checks with its new foreign minister in Jerusalem before we get some answers.