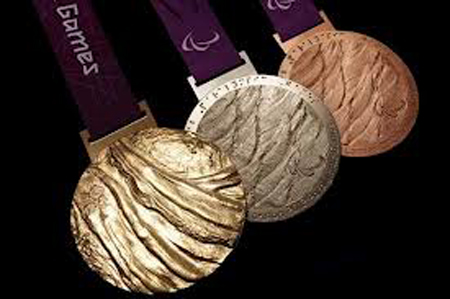 The impressive success of Iranian athletic delegation in the 2012 London Paralympics Games has made Iran proud. Iranian athletes have gained remarkable  success, winning 12 medals in 6 days. 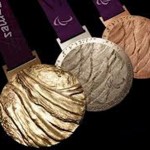 After a week of the London Paralympics Games, Iran stands in the 9th place with twelve medals — seven golds, four silvers, and one bronze.

On the second day of the London 2012 Paralympics, Sareh Javanmardi won the first medal of the Iranian athletic delegation. In its first Paralympics appearance, Javanmardi won bronze in the Women’s 10m Air Pistol event on Friday.

After earning the bronze medal, Iranian athletes won three gold medals on Saturday, so the 3rd day of the Paralympics games was named as the Golden Day of our athletic convoy.

Earlier in the day, Jalil Baqeri won the country’s first gold in the Men’s shot put in the 14th Paralympic Games in London. Baqeri made a throw of 11.63 meters to win the gold.

Then, Iranian weightlifter Nader Moradi pocketed Iran’s second gold medal in the 60 kilogram category. Moradi managed to lift 192 and 196 kilograms to win the first place at the Olympic Park Stadium in east London on Saturday.

Shortly after that, Mohsen Ka’edi brought joy to the Iran’s athletic convoy for the third time with winning gold medal at the men’s javelin throw F35/36 final of athletics competition at the London 2012 Paralympic Games. The 25-year-old Ka’edi broke his own world’s record with his 38.30 throw on Saturday.

On day four of the 2012 Paralympics Games in London, Mehrdad Karamzadeh and Rouhollah Rostami pocketed two silver medals for Iran and raised the number of medals of Iranian athletic delegation to six.

One silver came from the athletics on Sunday when Mehrdad Karam Zadeh stood second in the F42 discus category after he managed a throw of 44.62 meters with his final effort.

Discus thrower Mehrdad Karam Zadeh refused, for cultural reasons, to shake hand with the Duchess of Cambridge after she presented him with a silver medal in the Olympic Stadium. Karam Zadeh referred to the issue of not shaking hand with British Prince William’s wife, Kate Middletown, saying that I did not mean disrespect. It’s a cultural and religious issue.

The second silver was earned on the same day by Iran’s power lifter Ruhollah Rostami in the Men’s -67.5-kilogram competitions. Rostami lifted 208 kilograms in his second effort and ranked second.

On September 3, Ali Hosseini won Iran’s fourth gold in the Men’s -75-kilogram category of the powerlifting competition. Hosseini managed to lift 225 kilograms at Excel on the fifth day of the games on Monday.

On Tuesday morning, there was more success for Iran at the Paralympics with recurve archer Zahra Nemati won the gold medal in women’s individual W1/W2 class. Nemati is the first Iranian female to win a gold medal at the 2012 London Paralympics. She’s also a world record-holder and world number three. She holds the world record for this class, which she set in May 2012 with a score of 622, and the Paralympic record, which she set on August 30 2012 with a score of 613.

Hours later, Iran’s Majid Farzin came out on top after lifting 237kg in the third round to secure Iran’s third powerlifting gold medal, having previously lifted 233kg and 235kg.

Mohsen Kaedi, who’d won gold in the javelin a few days ago, pocketed a silver medal in the men’s shot putt F34 class.

The London Paralympics opened on August 29 and runs until September 9. The Paralympic Games is the world’s second largest major international multi-sport event, involving athletes with a range of physical challenges.

Iran has sent 79 athletes, competing in 13 events, to the London Paralympics.