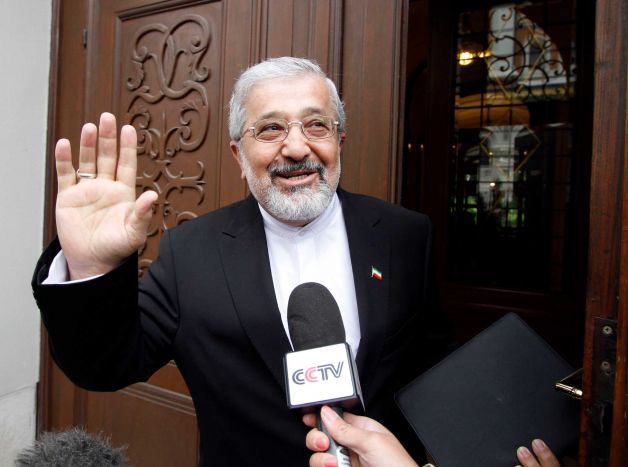 The U.N. nuclear agency is forming a special Iran team, drawing together sleuths in weapons technology, intelligence analysis, radiation and other fields of expertise as it seeks to add muscle to a probe of suspicions that Tehran worked secretly on atomic arms, diplomats tell The Associated Press.

Creating a unit focused on only one country is an unusual move for the International Atomic Energy Agency, reflecting the priority the U.N. nuclear watchdog is attaching to Iran amid fears that it is moving closer to the ability to make nuclear weapons. It also indicates frustration by top agency officials over Iran’s refusal to cooperate with IAEA experts who are trying to follow up on suspicions that Tehran was — or is — secretly working on an arms program.

Iran says such allegations are based on evidence fabricated by the United States and Israel and insists its nuclear program is meant only for making reactor fuel, medical isotopes and peaceful research. But it refuses to give up uranium enrichment, which can produce both reactor fuel and the core of nuclear warheads, despite offers of fuel from abroad. And its stonewalling of the IAEA probe has increased concerns that it has something to hide.

The agency’s move comes at a crucial time. With both the agency and international diplomatic efforts stalemated in attempts to engage the Islamic Republic on its nuclear program, fears are growing that tensions could spill over into armed conflict.

Israeli leaders have been loudly expressing impatience over Western diplomatic and economic moves to deter Iran and increasingly talk of attacking its nuclear facilities, though some analysts believe the saber-rattling is a bluff to increase pressure on Tehran. Iranian leaders have rejected Israel’s warnings, threatening punishing retaliation.

The four diplomats, who demanded anonymity because they were not authorized to discuss the restructuring plans, spoke ahead of a renewed attempt Friday by the agency to breach Iranian resistance to its requests for access to sites, documents and people linked to the suspected secret weapons-related work.

One of diplomats likened the restructuring plan to the agency’s Iraq “Action Team” — the squad of experts who uncovered components of Saddam Hussein’s fledgling nuclear-weapons program in the 1990s.

That unit, however, had broad on-the-ground access under U.N-mandated inspections. That’s lacking in the case of Iran, which allows agency inspectors access only to its known nuclear activities and has for years blocked its attempts to probe alleged evidence of secret nuclear weapons research and development.

Asked for reaction on the IAEA plans, Ali Asghar Soltanieh, Iran’s envoy to the IAEA, said: “I have not heard of such a thing, and I cannot comment.” IAEA spokeswoman Gill Tudor said the agency had no immediate comment.

Danny Danon, deputy speaker of the Israeli Knesset and a member of Prime Minister Benyamin Netanyahu’s Likud party, told the AP in a phone interview Thursday that Israel was “preparing for all scenarios.” He also was dismissive of the agency’s new Iran squad.

“We are getting close to the point where the window of opportunity will be closed to us, and that’s why you hear all those voices,” he said when asked about the war rhetoric. “We have seen too many teams, too many summits, too much talk. It is about time to take action.”

Instead of focusing only one country, agency experts up to now have been tasked with following dozens of nations as they look for signs indicating secret attempts to make nuclear weapons.

Some IAEA officials feel that means that they often spend an inordinate amount of time monitoring countries that are unlikely to engage in such activities — Western European nations for instance — meaning that not enough attention is paid to potential proliferators.

Under the planned reorganization, said one of the diplomats, a “dedicated team” of about 20 experts will be drawn from the main IAEA pool to focus solely on the agency’s Iran investigation.

The United States and other nations on the IAEA’s 35-nation board that are suspicious of Tehran’s nuclear activity are expected to welcome the move.

But two of the diplomats spoke of opposition by board member Russia, which has supported diplomatic efforts to nudge Iran toward a nuclear compromise while strongly opposing harsh sanctions as a means of achieving that goal.

They said senior agency officials had met recently with ranking Russian representatives in efforts to dispel Moscow’s fears that the reorganization would place too much weight on intelligence gathering — an agency function viewed with suspicion by the Russians.

At the Friday meeting, senior IAEA officials are expected to press Iranian representatives for access to a site at the Parchin military complex southeast of Tehran that they suspect was used for nuclear-weapons-linked experiments.

Tehran says a visit is possible only after extensive planning and a detailed outline of procedures. IAEA officials in turn privately describe that caveat as a stalling tactic, citing satellite photos apparently showing a major clean-up effort at the site.

Iran has repeatedly turned down IAEA requests for access and agency chief Yukiya Amano was downbeat ahead of Friday’s talks.

“I cannot say that I am optimistic about the outcome of the coming meeting,” he told reporters in Helsinki, Finland, on Wednesday. “I cannot say when we can reach agreement.”