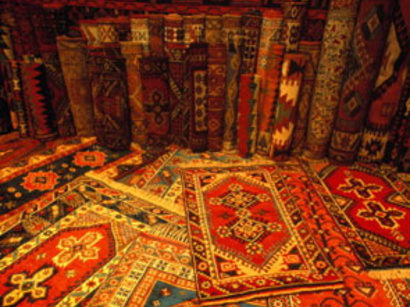 Iran is exporting carpets to the U.S. via Canada and Mexico after the Islamic Republic was hit by global economic sanctions, the chairman of the Iran-China Joint Chamber of Commerce stated.

“Iran is negotiating with Latin American countries in the field of handmade carpets,” Asadollah Asgaroladi told the Mehr News Agency.

“Americans have been accustomed to the Iranian carpet,” he said, adding that the sanctions will not affect handicrafts and food.

Iran exported over $560 million worth of handmade carpets to 80 countries last year.

According to the Customs Administration data, carpet exports last year rose by 0.8 percent in value, but decreased by 15.4 percent in weight, compared to the year before.

Iran has developed plans to export as much as $1 billion worth of carpets in the current calendar year, the head of the National Carpet Center said on April 7.

“Carpets are of great importance among the non-oil exports of the Islamic Republic,” Baqer Aqa-Alikhani said, adding that boosting carpet exports to the UAE and China has been highlighted, the Mehr News Agency reported.