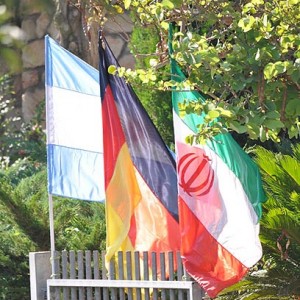 Islamic Republic of Iran’s flag was raised over a school in Israel. 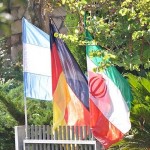 A Christian school official in Israel was shocked seeing an Iranian flag has been raised alongside flags of Argentina, Germany, and Spain.

Police also said that the display of the Iranian flag was “a crime, and we will look into how it came to be flown,” Mashregh news reported.

School principal Dr. Riyad Kamel denied that any of the flags belonged to the school. “We don’t have flags, not of Iran and not of Hizbullah,” he said. “I don’t know who hung the flag without us knowing.”

Some Nazareth residents, who were surprised to see the flag, said this might be an act of incitement, while others didn’t see it as a problem, saying that the school is the one who hung (the flags) as part of its studies about other countries.