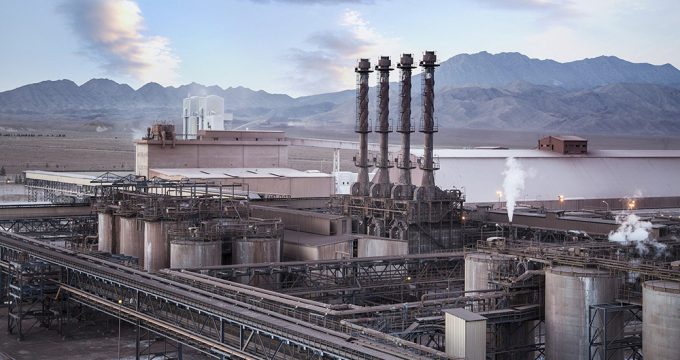 Iran has started studies for the annual production of 500,000 tonnes of alumina from low-grade bauxite with the help of the Chinese, an official says.

“The initial phase of studies was done with the Chinese, and we are conducting the second phase of the studies,” Managing Director of Iran Alumni Company (IAC) Turaj Zar’e said in remarks published on Monday.

Once the target is achieved, he said, Iran will be self-sufficient in alumina, a compound extracted from bauxite ore that is then smelted to form aluminum.

Currently, 80 percent of Iran’s demand for alumina is met with imports which cost the country $1 billion a year, he said.

According to Zar’e, the bauxite resources of the country are of low quality; hence, they are not suitable for production of alumina powder.

Iran’s largest deposit of bauxite is at the edge of the desert in North Khorasan province in the country’s northeast.

IAC, a subsidiary of state-owned mines and metal holding company Iranian Mines and Mining Industries Development and Renovation Organization (IMIDRO), operates a bauxite mine and an aluminium production facility at a complex located about 10 kilometers to the northeast of Jajarm.

Bauxite is processed into alumina, which is used to produce aluminium metal. Aluminium powder is made from the metal. It is used in products ranging from paints and electronics to solar panels and fireworks.

China Nonferrous Metal Industry’s Foreign Engineering and Construction Co, also known as NFC, has been cooperating with IAC and providing it with equipment.

The Chinese company’s website identifies Iran as one of its markets and lists a 2005 news release identifying the Jajarm alumina plant as a “technical modification project undertaken by NFC.”

The first phase of the Jajarm refinery commenced operation with a capacity to produce 40,000 tonnes per year of alumina in July 2019.

The operation came after the US re-enacted its secondary sanctions against Iran’s steel and aluminum products, gold and precious metals, graphite and coal to choke off the country’s vital revenue streams. Further sanctions were imposed in November 2018 to target its lifelines in the oil, energy and shipping sectors.

Aluminum is a key metal used in transportation, packaging, construction, electrical industry, consumer durables and machinery. It is a vital component in manufacturing cars and airplanes.

While Iran does not have a viable aviation industry, it has a sprawling automotive sector and a potent defense infrastructure.

The alumina refinery in Jajarm has been built to ultimately reach a production plateau of 280,000 tonnes per year.

In July 2015, Iran revived a deal after a gap of 25 years to extract bauxite in Guinea and ship it for use in Iranian smelters. Guinea sits on the world’s largest reserves of bauxite estimated around 40 billion tonnes.

Before the US sanctions came into force, officials had said Iran was seeking $50 billion in investment for its mining industries and had signed partnership agreements with several European and Asian miners, manufacturers and banks.

Foremost, Iran seeks to boost steel production to 55 million tonnes by 2025. It also plans to increase its copper cathode production to 800,000 tonnes a year.

“So far, the main focus in the country has been on iron and steel, lead and zinc, copper, gold and aluminum, but since two years ago, we have been looking for strategic elements needed in the country, and at least 14 other elements and fields of operation will be activated,” he said.

In January 2020, Iran launched a pilot project for extraction of rare earth after obtaining the technology for deep-level mining.

Rare earth elements are used in a wide range of consumer products such as catalysts in cars and oil refineries, televisions, superconductors and fiber optics. They have lately emerged as one of the fronts in an escalating trade war between China and the United States.

Some rare earth minerals are essential in military equipment such as jet engines, missile guidance systems, missile defense systems, satellites, as well as in lasers.