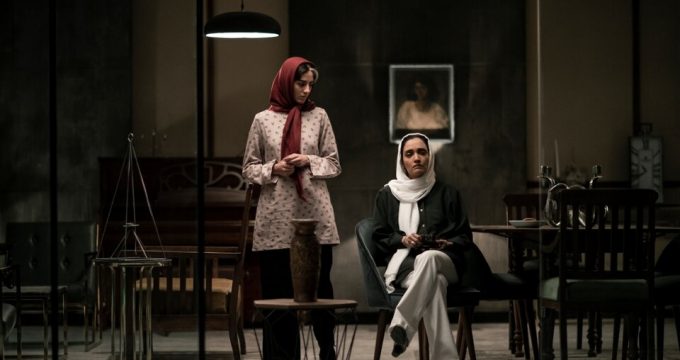 Written and directed by Seyyed Morteza Fatemi, “Motherless” is about an educated, middle-aged couple, AmirAli and Marjan, who lead a quiet life. When Marjan insists on renting a womb and a surrogate mother enters their life, unintentionally they go through different tests and face moral dilemmas.

Also written by Qavitan, “Life & Life” follows a teacher who is concerned about the students who have not attended online classes during the COVID-19 pandemic. She decides to visit them. She buckles her four-year-old daughter into the car and takes off for the students’ houses. Her goal for this trip is to look in on the students, but she has another purpose. She tells her daughter about her own life, and the girl begins to understand the world as she meets other people.

Written by Anik Dutta, “The Undefeated” from India won the award for best screenplay.

This film directed by Anik Dutta is a tribute to master filmmaker Satyajit Ray in his birth centenary and it’s inspired by the story behind the making of Ray’s iconic film “Pather Panchali”.

The award for best actor went to Ikkei Watanabe for his role in the Japanese film “Marriage Counselor” by Naoki Maeda.

Ketaki Narayan was picked as best actress for her role in “Hawk’s Muffin” by Indian director Krishnendu Kalesh.

The best children’s film Badal Rahman award was given to “Martin and the Magical Forest”, a co-production from Czech, Slovakia and Germany by Petr Oukropec.

In the Women Filmmakers Section, “Listen” by Maria Douza from Greece was selected as best feature film.

In this film, financial upheaval forces Valmira, a 16-year-old deaf girl, to leave her progressive Athens school and return to her father’s struggling island where she is confronted by the danger of prejudice and intolerance, most shockingly — her own.