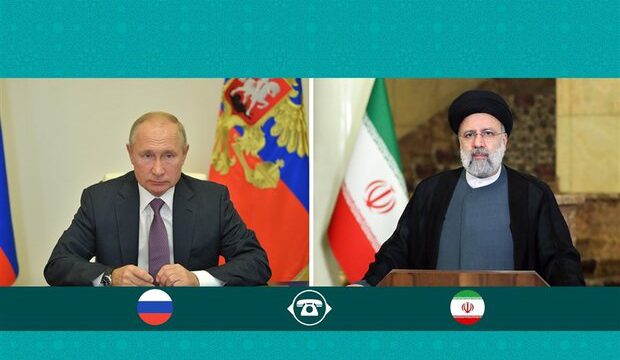 Iranian President Ebrahim Raisi described cooperation between the two neighboring countries of Iran and Russia in energy and transit fields as constructive and positive.

Raisi made the remarks in a phone call with his Russian counterpart, Vladimir Putin, on Thursday.

He stressed the need for further cooperation between Tehran and Moscow.

The Russian president, for his part, voiced his country’s readiness to promote cooperation with Iran in the fields of energy, transportation and transit.

The two presidents also reviewed issues of bilateral importance as well as the latest regional developments.

Reaisi said that Iran supports the settlement of issues in Syria.

Putin also underlined the significance of negotiations over Syria within the framework of the Astana Talks and said that all the negotiating sides are committed to the course of the talks.