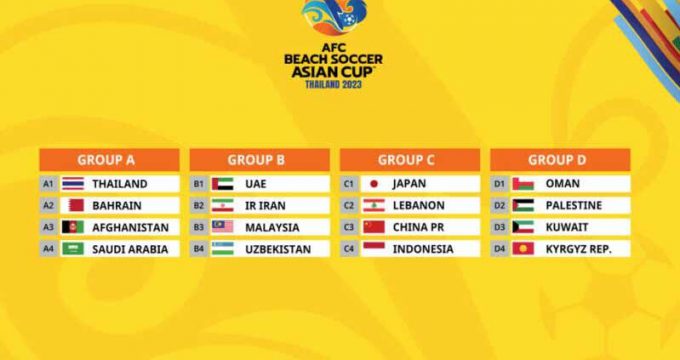 The competition group stage is set to be a thrilling affair following the draw at the Asian Football Confederation (AFC) House in Kuala Lumpur on Thursday.

The action promises to be spectacular as besides regional glory, the top three teams will qualify for the FIFA Beach Soccer World Cup UAE 2023.

Hosts Thailand will have 2006 champions Bahrain, Afghanistan and Saudi Arabia for company in Group A.

Group B will see United Arab Emirates, Iran – both two-time winners, Malaysia and Uzbekistan vying for the two spots into the quarter-finals.

The 10th edition of the AFC Beach Soccer Asian Cup will be played in Pattaya from March 16 to 26.