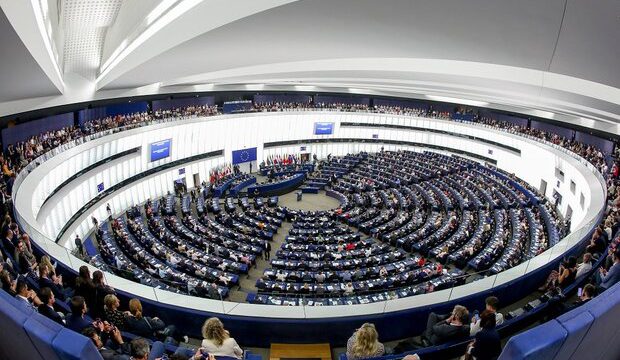 In a hostile move, the European Parliament (EP) passed a resolution on Thursday that calls for designating Iran’s Islamic Revolutionary Guard Corps (IRGC) as a terror group.

The blacklisting would include the IRGC military force, the volunteer Basij force, and the IRGC’s Quds Force.

Meeting in Strasbourg, France, the parliament also called on the European Union to expand its sanctions lists to many individuals and entities, including the Leader of the Islamic Revolution Ayatollah Seyyed Ali Khamenei, President Ebrahim Raisi, Prosecutor General Mohammad Jafar Montazeri and the 227 members of the Iranian Parliament.

IRGC members or affiliated individuals would be banned from any economic and financial activities on European soil.

In the resolution, the European Parliament welcomed British preparation for the inclusion of the IRGC on its list of terrorist organizations and call on all like-minded countries to do the same.

He said the European Parliament shot Europe in the foot by voting to call on the EU and its member states to place Iran’s Islamic Revolution Guard Corps (IRGC) on the bloc’s terror list.

Iran has repeatedly announced that the IRGC is an official state body which “has had and will continue to have an important and key role in ensuring the security of Iran and the region, particularly in the fight against terrorism,” he added.

The European Parliament’s members on Wednesday also backed an amendment added to an annual foreign policy report, calling for “the EU and its member states to include the IRGC in the EU’s terror list.”

The hostile measure was passed by a vote of 598 in favor and nine against, with 31 abstentions.