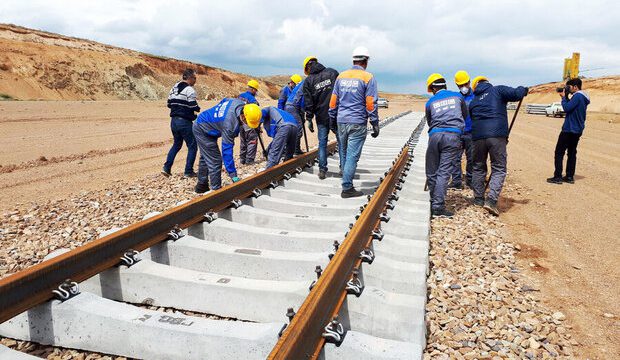 Iran and Russia reached an agreement for the construction of the Rasht-Astara railway super project which is supposed to be built in 3 years.

Iran’s Deputy Transport and Urban Development Minister for Transportation Affairs Shahriar Afandizadeh considered the Rasht-Astara railway project as the most important project in the country.

He added that the project completes the 162 km north-south corridor from Bandar Abbas to Rasht and from Rasht to Astara and connects Iran to Russia and Northern Europe through the Azerbaijan Republic.

Pointing out to a tripartite memorandum between Iran, Russia and Azerbaijan, he said that axes about the construction and operation of the railway project are foreseen in 16 articles, which include determining the type of line design, including the width of the railway lines of this project.

With the investment of the Russians, the rail project is supposed to be completed within 3 years, which is one year less than the forecast made.

According to the agreement, Iranian contractors will fully implement the infrastructure of the railway line.

Visiting Russian President’s Special Aide Igor Levitin and his accompanying delegation, as well as the Iranian officials will visit the Rasht-Astara railway line on Wednesday.