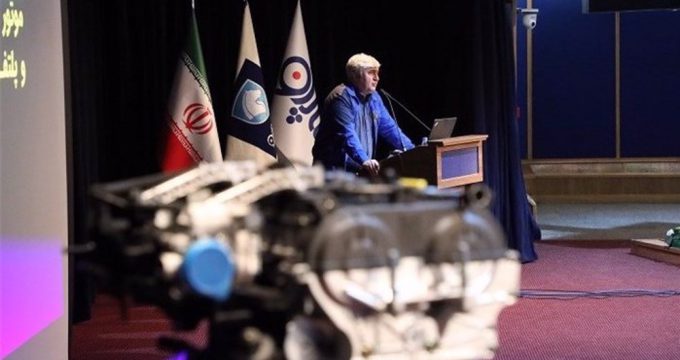 Iran’s largest carmaker the Iran Khodro Company (IKCO) has unveiled a new version of its flagship EF engine as it moves ahead with plans to diversify its models and improve emissions standards of its powertrains.

IKCO’s CEO Mehdi Khatibi said on Tuesday that the EF Plus (EFP) engine unveiled earlier in the day in the company’s headquarters in western Tehran will be lighter and stronger than previous EF engines and will have lower consumption of fuel and a lower pollution level.

“Changes have been made to most of the parts in the new engine including on connecting rods and on its crankshaft, creating some positive features for this engine,” Khatibi was quoted as saying by the IRIB News.

He said the IKCO plans to use the engine in its popular Dena model in a first step, adding that the engine will then be mounted the Tara model in March before it is used on Rira, Iran’s first home-grown cross-over, in August.

He said EFP’s average CO2 emission will be around 6.2 metric tons per year, down from 6.8 seen in previous EF engines, adding that the new engine will burn 10% less fuel compared to previous engines.