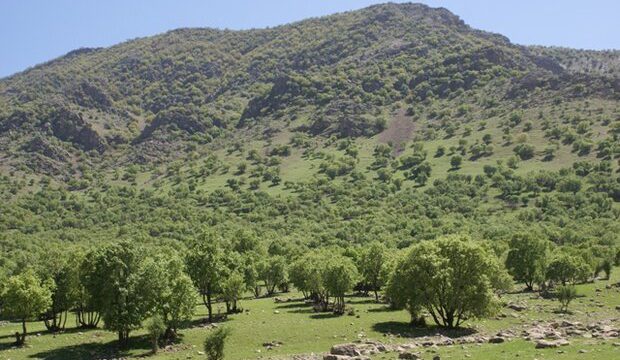 The national budget bill for the next Iranian calendar year 1402, which starts on March 21, has allocated 35 trillion rials (about $85 million) for conserving and protecting natural resources.

The largest amount of the budget is related to watershed management and aquifer management with a budget of 13 trillion rials ($34 million), ISNA quoted Mostafa Jalili, an official with Natural Resources and Watershed Management Organization, as saying.

Important issues such as employment, production and people’s livelihood, water, agriculture and environment, watershed management, and aquifer management have been taken into consideration in the 1402 budget bill, he explained.

“Among other important issues that are specifically mentioned in the budget bill is the issue of drought. Considering the location of the country in the arid and semi-arid region and the impact of climatic conditions on the state of water resources, this vital element is very important,” he added.

In the current year, some 26 trillion rials ($65 million) has been allocated to protecting natural resources in the fields of watershed management and soil protection, protection and sustainable exploitation of forests and pastures, and desertification, he noted.

President Ebrahim Raisi submitted the administration’s draft of the national budget bill for the next Iranian calendar year 1402, which starts on March 21, to the Majlis on Wednesday.

The proposed budget amounted to about 52.616 quadrillion rials (about $131 billion), with a 40 percent rise from the current year’s budget.

The president mentioned stable economic growth, people’s livelihood, observing justice, and efficiency of the government system as the main approaches of the budget bill and stated: “In this bill, the establishment of a progress and justice fund in all provinces is foreseen so that the development credits of the provinces are paid systematically.”

On January 8, Hossein Mir-Rajabi, an official with Natural Resources and Watershed Management Organization, said the Organization plans to benefit from the experiences of knowledge-based companies toward preserving natural resources.

Utilizing the capacity of knowledge-based companies in the field of making systems smart, stopping the unauthorized change of use in agricultural lands and natural resources, and implementing projects to revitalize pastures have been considered, he added.

Seven programs namely smart controlling and monitoring of natural resources, formulating and implementing the revitalization plan, enriching pastures, creating a comprehensive natural resource management system, launching a national dispatching center, manufacturing firefighting equipment domestically, developing the Internet of Things, and smart irrigating of plantations have been prepared in this regard.

The Ministry of Agriculture has allocated 311 billion rials (about $775,000) to the projects, the official added.

Meanwhile, a roadmap for environmental protection has been developed, Rouhollah Naqdipour, the secretary of the strategic council of the Department of Environment, has announced.

The 7-chapter book also suggests reforms for systematic purposeful solutions and policies to solve environmental issues including the water crisis, he explained.

He listed the five major environmental challenges of the country as the imbalance between water resources and consumption leading to drought, soil erosion, waste and sand and dust storms, air pollution in metropolises, destruction of biodiversity and genetic resources, and imbalance between the environment and industrial and civil development.