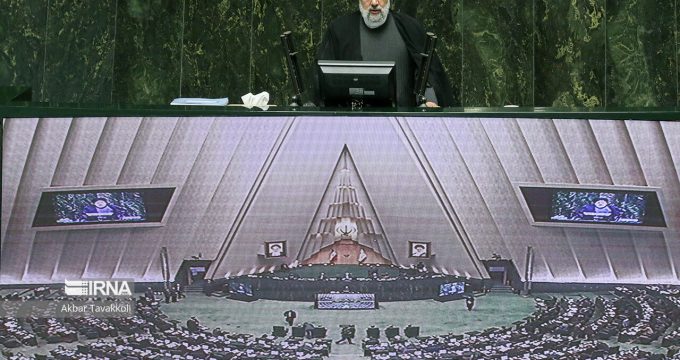 Iranian President Ebrahim Raisi has submitted a bill to the parliament outlining a draft budget for the Iranian calendar year 1402 which will start on March 21.

Raisi on Wednesday handed over the budget documents to the presiding board of the parliament more than a month before the legislative body is expected to vote on the budget to turn it into a law.

Addressing an open session of parliament, Raisi said that the general guidelines of Iran’s Seventh Development Plan, which have been outlined by the Supreme Leader of the Islamic Revolution Ayatollah Seyyed Ali Khamenei, had been considered in the compilation of the next calendar year’s budget bill.

Raisi’s administration had submitted to parliament a first part of the annual budget bill in November which outlined fiscal issues related to Iranian state companies.

The Iranian president defended his government’s performance on the current fiscal year’s budget as he expressed hope that increased revenues could help the administration avoid any deficit until the end of the year in late March.

He also said that the government had successfully hit a target set in current year’s budget of creating nearly one million jobs.

Lawmakers in the Iranian parliament will have around a month to debate details of the 52,616 trillion rial (over $130 billion) budget bill submitted by the administrative government for the calendar year 1402.