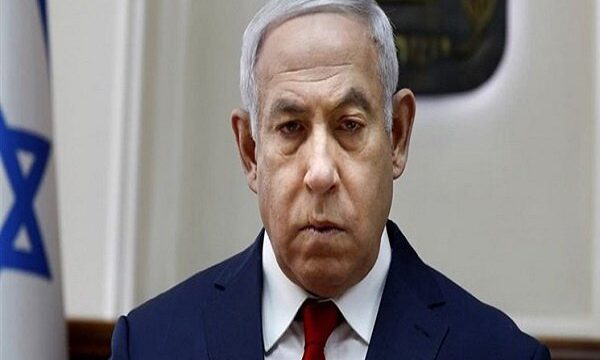 Israeli regime’s Prime Minister Benjamin Netanyahu in a virtual speech on Monday ramped up his rhetoric against the Islamic Republic of Iran.

Netanyahu asserted Monday that it was time for the Israeli regime and the US to align their positions regarding the alleged threat emanating from Iran, after years of disconnect on the issue.

“It’s time to close ranks between Israel and the United States – and others,” Netanyahu said in a video address to a gathering of AIPAC members in Washington.

“I look forward to discussing this issue with [US] President [Joe] Biden and his team. I think there is more of a meeting of the minds today than there has ever been,” Netanyahu claimed, according to Zionist media sources.

Earlier in January, Netanyahu pledged to step up his efforts to derail a return to the Iran nuclear deal by airing his opposition openly and in public.

Netanyahu made the remarks at a cabinet meeting on Tuesday further claiming that “We will act powerfully and openly on the international level against the return to the nuclear agreement — not only in talks with leaders behind closed doors, but also powerfully and openly in the arena of global public opinion,” Bloomberg reported.

Netanyahu has long been among the original deal’s most vocal opponents, claiming that it provides Iran a pathway to a nuclear arsenal that would pose an existential threat to Israel.

“The Islamic Republic of Iran, as an effective and responsible member of the Agency as well as the NPT, and as a country with nuclear capabilities and knowledge, has always had serious and effective cooperation with the Agency,” Iranian Deputy Foreign Minister Ali Bagheri Kani recently underscored.

Iran has repeatedly said that it is not seeking nuclear weapons, stressing its nuclear technology is solely for civil purposes.