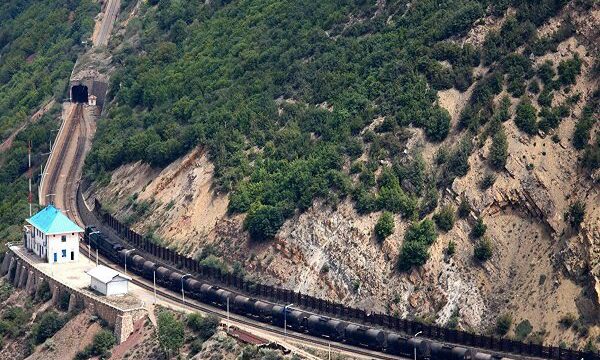 Fifteen railway projects in Iran are attracting investments estimated at 3,469,000 billion IRR for 4,343 kilometers, according to Iran’s Construction and Development of Transportation Infrastructures Company (CDTIC).

The development of railway networks domestically and internationally is a top priority of Iran. To this end, the Construction and Development of Transportation Infrastructures Company (CDTIC) in Iran, as the affiliate company of the Ministry of Roads and Urban Development and responsible for the construction of transport infrastructures, informed of the railway projects which currently attract investments.

The main strategic project is Rasht-Astara Railway (162 km) as the missing part along the International North-South Transport Corridor (INSTC).

The total lengths of the railway in Iran are about 15,040 km (main routes and side routes).

Previously, on the occasion of transport week in Iran (December 17-22), Iran Deputy Minister and CEO of the CDTIC, Kheirollah Khademi, informed of the completion of 561 km of new railways by the next year which already have more than 70 percent physical progress.

Currently, there are approximately 3,276 km new railways under construction and 6,312 km under study.