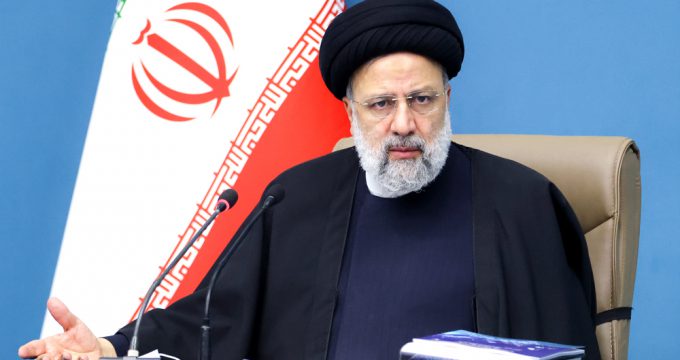 President Ebrahim Raisi has hailed Iran’s achievements in the space industry, saying the rapid progress in the field has proved the failure of Western sanctions and plots to isolate the Islamic Republic.

Raisi made the remarks in an address to the second meeting of the country’s Supreme Space Council in the capital Tehran.

Regarding the achievements made in the space industry, the president noted that Iran was one of the few countries that achieved the technology of launching spacecraft.

“Further progress by the country in the field of placing satellites into the Earth’s orbit would neutralize the enemies’ plots in the area of broadcasting anti-Iranian television and satellite channels,” he stated.

Iran launched its first satellite Omid (Hope) in 2009 and its Rasad (Observation) satellite was sent into orbit in 2011.

Also in August 2022, Iran launched Khayyam, a high-resolution imaging satellite, into orbit. The satellite was sent into space from the Moscow-operated Baikonur Cosmodrome in Kazakhstan, utilizing a Soyuz 2.1 B rocket.

The president also pointed to the enemy’s efforts to portray Iran’s space achievements as limited to military purposes. Raisi said the space industry is among the country’s assets and also among the propelling industries, whose advancement alongside other industries and sciences, would contribute to the enhancement of the country’s overall strength.

Elsewhere in his remarks, he added, “Space sciences and industries are, today, one of the world’s booming economic and commercial arenas,” expressing the necessity of “commercialization of this science and industry.”

Also during the meeting, Hassan Salarieh, Head of Iran’s Space Organization, announced the approval of the country’s strategic 10-Year Space Program by the Supreme Space Council.

In line with the program’s scope, the Islamic Republic plans to become the regional epicenter of development of space technologies, and provider of space launch services.

The Iranian program also aims to devise and implement space missions in line with its goal of helping civilian, business, and executive organizations benefit from the world’s state-of-the-art technologies.