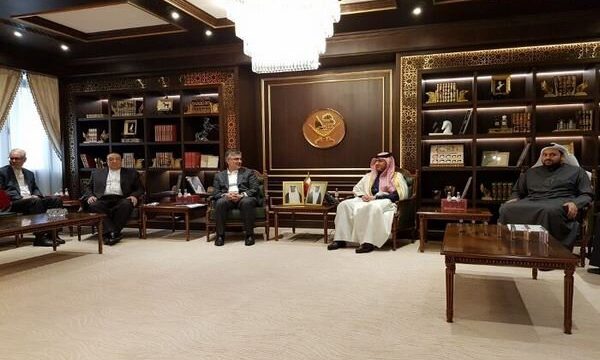 The governor of the Central Bank of Iran (CBI) Mohammad-Reza Farzin in a meeting with his Qatari counterpart on Thursday stressed developing monetary and banking cooperation between Iran and Qatar.

Al-Thani, for his part, emphasized the interest of the country to enhance banking and monetary ties with Iran, noting that the development of banking relations with the Islamic Republic of Iran is one of Qatar’s main priorities.

Iran’s Deputy Foreign Minister for Economic Diplomacy Mehdi Safari accompanies the governor of the Central Bank of Iran (CBI) on the trip.