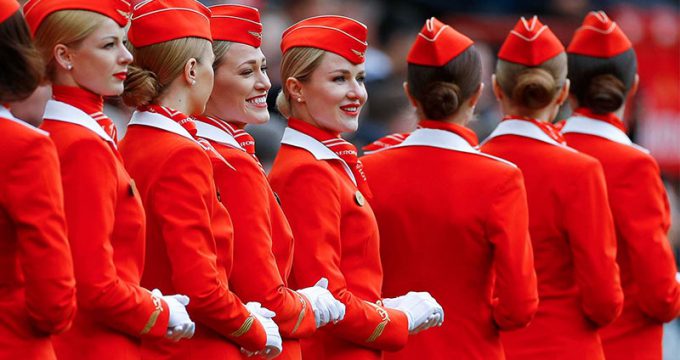 Which country is the most attractive hospitality uniform?

Flight attendants and flight crews employed by different airlines around the world need to adhere to unique principles and conditions.

Among these things, having the right style, good face, grooming and dressing well. Of course, the type of clothing depends on the design of the airline, and considering that the type of clothing and style of flight attendants has a great impact on passengers, airlines try to pay attention to this issue.

At the same time, the airlines are looking for passengers to be able to experience a special and relaxing atmosphere in the plane environment after booking the plane ticket and boarding. One of the ways to achieve this goal is to pay attention to the type of uniform of the attendants and how they behave. Although all airlines know this issue well and care about it, some of them pay special attention to the style of flight attendants and invest for it. Due to the attractiveness of this topic, we will review some of the most attractive hospitality uniforms in the world.

Passengers boarding Qantas flights are faced with flight attendant uniforms that are black with orange and pink stripes on the shoulders. One of the best clothing designers in Australia is Martin Grant, who has collaborated in the preparation and design of these clothes. The hats and shoes worn by the attendants are black and it has established a very good harmony with the red collar of the shirt. At the same time, the designer has tried to pay attention to other details in the clothes so that the attractiveness of the uniform can be displayed in the best way. This dress was first unveiled in 2013 and is used by this airline. 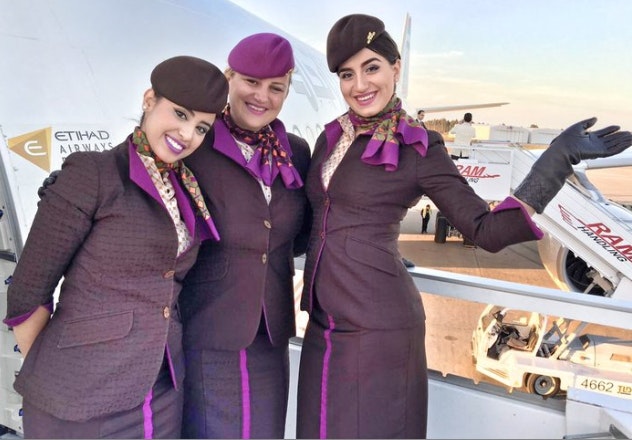 Arab Etihad Airline also went to the famous Italian designer Ettore Bilotta to design the uniforms of its flight crew to choose the best option for the style of its crew. The clothes of the flight attendants of this airline are very similar to the clothes of the 60s, and at the same time, it is combined with the design of the clothes of the modern era of London and New York.

Although most of the airlines use dark colors in flight crew uniforms, this designer with his creativity has gone to bright colors so that the passengers will face special and unique clothes after entering the plane.

The clothes were made in purple color and the long and tight skirts were designed in the form of long crotch. Using this combination helps that tradition and modernity are well combined. Also, purple color is considered as a royal and luxurious color that has a lot of show off. The combination of this color with brown has a lot of elegance and charm. In addition to that, the man flight crew uniform is also prepared in the form of well-dressed jackets and pants and shows the Italian elegance well.

Hainan Airlines is a Chinese airline that started its operations in 1989. This airline has also designed beautiful uniforms for its flight attendants. The designer of these clothes is Lawrence Zhou and he has implemented a new and modern idea in his design so that passengers can face a beautiful style from the flight attendants after booking their plane tickets. In these clothes, traditional Chinese patterns and images are used for the design of the clothes. Also, the clothing design of this company was unveiled for the first time at the Paris Fashion Show and attracted the opinion of many fashion enthusiasts. The most interesting thing is that the design of this dress has gone forward with great obsession and has lasted for about 2 years.

France is known as the home of fashion all over the world. Of course, today New York City also has a lot to say in the field of fashion, but France still maintains its position in the field of fashion design. Air France airline has also tried to show the art of dress design in the best way in the dress of its flight crew. The flight attendants’ uniforms in Air France have a luxurious and beautiful design and color, and a lot of elegance has been used for their design and sewing. At the same time, the design of the dress of the attendants of this company is done by one of the famous designers every year so that creativity and innovation can be seen in it. Nina Ricci and Cristobal Balenciaga are among the prominent designers of this airline. Also, the dress worn by the flight attendants of this airline today was designed by Christian Lacroix, and red and black colors were combined in it to make it more attractive. 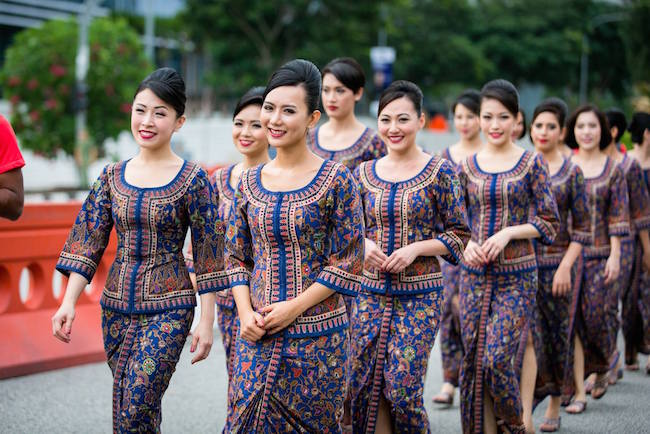 The country of Singapore and the big airline of this country have also considered the importance and obsession with the type of flight crew clothes. It is also interesting to know that Singapore Airlines is considered one of the five largest airlines in the world, and for this reason, it takes a lot of sensitivity into the dress code of the flight attendants.

The clothes of the flight attendants in this airline have happy colors and designs that express the tradition and culture of this region of the world. In addition to that, new methods have been considered in the design of clothes that make it more attractive. Also, the Pierre Balmain company has undertaken the design and production of these uniforms and has considered four different colors for them.

The UAE also makes a lot of efforts to increase the number of tourist attractions in its country. One of these things is paying attention to the type and design of flight crew uniforms. This luxury airline has stylish flight attendants and their clothes are designed by British designer Simon Jersey.

Of course, the overall design of these clothes has not changed much in different years and only small details have changed in recent years. At the same time, light and neutral colors are used in the design of these clothes, and the designer has given importance to the use of accessories such as suitable belts, necklaces and similar items. These accessories were made in red color to be more attractive and showy.