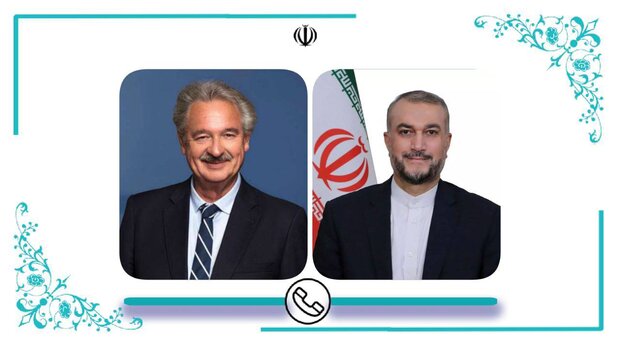 Iran has no restrictions on coop. expansion with Luxembourg

Iranian Foreign Minister Hossein AmirAbdollahian says that Iran has no restrictions on developing cooperation with Luxembourg.

AmirAbdollahian made the remarks in a phone call with Luxembourgish Foreign Minister Jean Asselborn on Thursday.

Referring to the meeting between the two sides on the sidelines of the United Nations General Assembly meeting in New York, the Iranian foreign minister emphasized the importance of continuing these contacts.

Asselborn, for his part, spoke about the issues and developments of interest to the two countries.

He also stressed the importance of bilateral relations between Iran and Luxembourg.