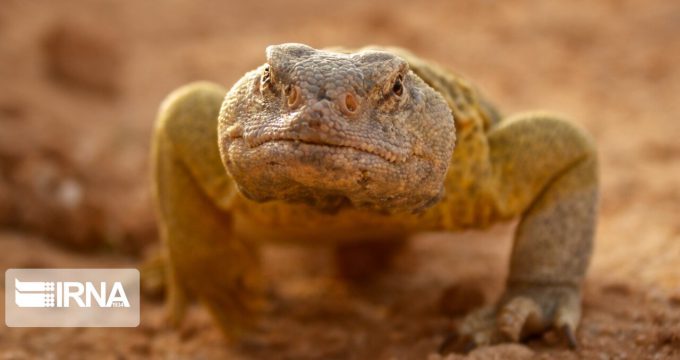 A population of Uromastyx aegyptia (spiny-tailed lizard) exists on Hengam Island in the Persian Gulf and the bad news is that the relatively heavy lizards are facing extinction.

There are 18 species of Uromastycinae reptiles and three species of which are called Persian lizard, Mesopotamian lizard, and Uromastyx aegyptia. These species have been seen in the Iranian deserts and islands in the Persian Gulf.

Given the fact that there are some Uromastyx aegyptia lizards on Hengam Island, this region can be a proper location for researchers and biologists to study the reptile, which is on the verge of extinction.

The existence of the Uromastyx aegyptia reptile on Hengam Island proves that the island was part of the mainland of Iran in ancient times.

The Hengam Island possesses iron, lead, salt, and red soil, and most of the residents of the island, whose population is estimated around 1000 people, are fishers.