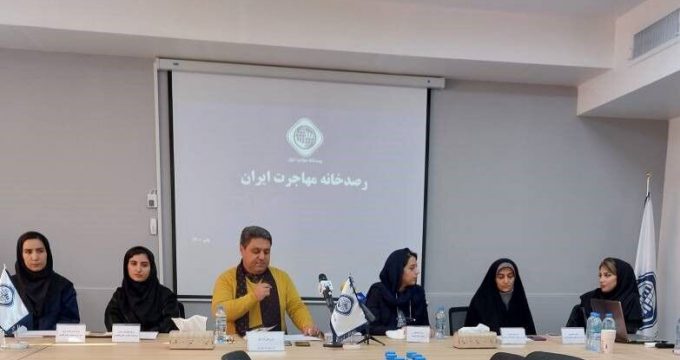 Today, the number of Iranians abroad has exceeded 2 million people, which is based on the statistics of the United Nations, the International Organization for Migration, the European Union, the World Bank, and the total statistics of the destination countries, Bahram Salavati, head of the Migration Observatory said.

According to the documented statistics of destination countries in 2021, 2.86 million Iranians live in other countries.National statistics are not available and the method of collecting statistics is not known yet, he added.

From 2019 to 2022, a total of 2,000 startup and entrepreneurial visas have been issued to Iranians from England and Canada, he explained.

Pointing to the increase in the population of Iranians in Turkey, he said that the Iranian population in Turiye has also increased by 20 percent since 2016, from 15,539 to 107,606 people.

According to the statistics of the yearbook, in 2020, the ranking of Iranians sending emigrants and accepting immigrants among the countries of the world was 54 and 23, respectively. While Iran’s rank of accepting students and sending students is almost equal, it ranks low in indicators such as talent competitiveness and brain drain.

According to the documented statistics of destination countries in 2021, 2.86 million Iranians live in other countries.

In 2021 and 2020, Iranians ranked first for buying houses in Turkey, while in 2019 and even before that, they ranked eighth or tenth. Of course, in the first half of 2022, the Russians were the first investors in Turkey, which were later replaced by the Iranians.

Immigration is the process of moving to a new country or region with the intention of staying and living there. People may choose to immigrate for a variety of reasons, such as employment opportunities, to escape a violent conflict, environmental factors, educational purposes, or to reunite with family.

According to statistics, the population of immigrants in the world was estimated at 281 million people in 2020, which constitutes 3.6 percent of the world’s population.