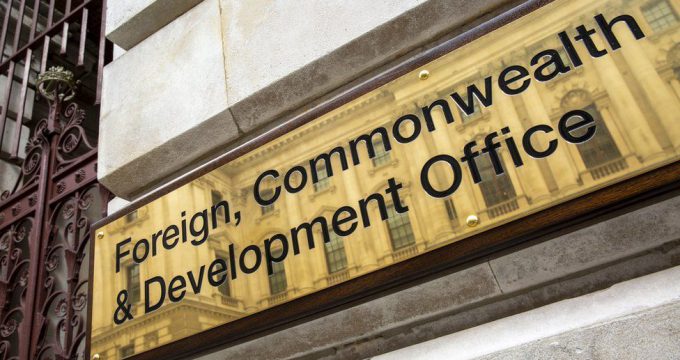 In continuation of the West’s apparent intervention in the internal affairs of Iran, the UK on Friday imposed sanctions against 10 Iranian individuals accusing them of human rights violations.

The sanctions imposed by UK Foreign, Commonwealth and Development Office (FCDO) target the Iranian officials affiliated to the judiciary and prisons.

In the document, the FCDO wrote that the warden of “Razee Shahr Prison has also been sanctioned”, which, as it turns out, they most probably meant Rajaei-Shahr Prison.

Kan’ani made the announcement hours after the EU imposed sanctions on 11 Iranian people and 4 entities over the recent unrest in the country, accusing them of human rights violations.

The spokesman described the EU measures a violation of international law and blatant interference in Iran’s internal affairs.

In the meantime, on October 26, the Ministry of Foreign Affairs of the Islamic Republic of Iran issued a statement to place retaliatory sanctions on certain individuals and entities of the European Union.

In a reciprocal act and based on internal mechanisms, the Ministry of Foreign Affairs issued a statement to slap sanctions on the European individuals and entities due to their support for terrorism, violence and hatred to trigger riot and counter human rights measures against the Iranian nation.

The Foreign Ministry has repeatedly and categorically condemned the EU’s imposition of sanctions on Iranian entities and individuals based on unfounded accusations, which is an apparent intervention in the internal affairs of the Islamic Republic of Iran.