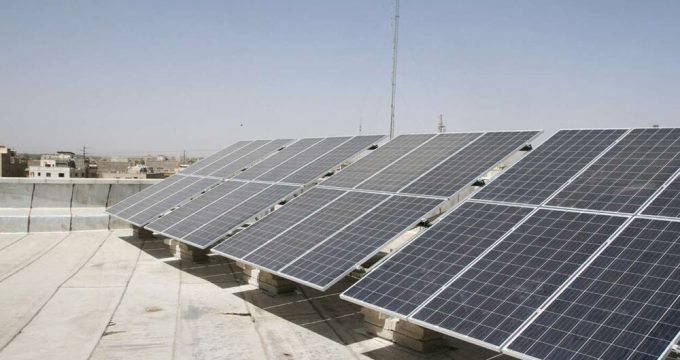 Electricity generation from renewables in the said month led to economizing on the consumption of natural gas by 29 million cubic meters while saving 23 million liters of water.

It also prevented the emission of 60,000 tons of Green House Gases (GHG).

In addition to large-scale power plants, Iranian households and small businesses have also been welcoming renewable energies over the past few years, so that according to the Energy Ministry data, by the end of the second month of the current calendar year (May 21) over 5,180 wind and solar units with a total capacity of 69,820 kilowatts were put into operation by consumers all around the country.

The share of solar power plants in Iran’s renewable electricity generation capacity has reached 49 percent, according to the data released by Iran’s Renewable Energy and Energy Efficiency Organization (known as SATBA).

Currently, over 100 large-scale renewable power plants are operating across Iran.

Iranian Energy Ministry plans to add 10,000 MW to the capacity of the country’s renewable power plants by the end of the current government’s administration (within the next three years).

Earlier this year, the ministry and some of the country’s private contractors signed memorandums of understanding (MOU) for cooperation in the construction of the mentioned renewable power plants across Iran.

While Iran enjoys some proper conditions for the development of renewable energies, unfortunately, the country’s lagging behind its plan in this due.

Based on Iran’s Sixth Five-Year National Development Plan (2016-2021), the country was aiming for a 5,000 MW increase in renewable capacity to meet growing domestic demand and expand its presence in the regional electricity market.

But in the final year of the plan, only less than one-fifth of the figure has been achieved.

Iran was supposed to become a regional hub in the field of energy in the past Iranian calendar decade (March 2011-March 2021), but evidence shows that the country is facing a shortage even in the supply of electricity inside the country, an issue that many believe that could be achieved by developing renewable energy and increasing efficiency of the thermal power plants.