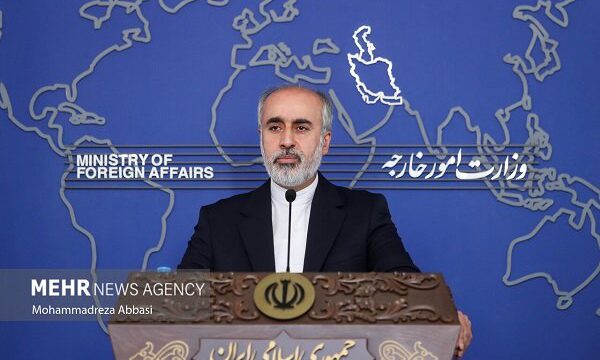 The spokesman of the Iranian Ministry of Foreign Affairs, Nasser Kan’ani condemned the Eutelsat ban on Tehran-based English Press TV as the double standards of the European Union with regard to freedom of expression.

“While Europe hosts many channels that instigate violence and terrorism against Iran, the Eutelsat satellite takes the Press TV channel off it list due to EU sanctions,” Nasser Kan’ani wrote in a post on his Twitter page.

“The new measure against Press TV further exposes the true face of those claiming to advocate freedom of expression and free flow of information,” the Iranian spokesman added.

The recent action by the France-owned the Eutelsat is widely condemned because it comes in violation of international regulations and freedom of the press.

According to the Press TV website, after the European Union imposed sanctions on a number of Iranian institutions and individuals, including Press TV, on November 14 over alleged “rights violations” following the recent foreign-backed riots in the country, Eutelsat notified the Tehran-based broadcaster on Wednesday of its plan to take the network off the air.

Experts believe that sanctions imposed on Press TV by the EU, and earlier by the government of Canada, are aimed at muzzling free speech and alternative views.

Taking strong exception to the latest anti-Iran measure, Press TV in a statement on Wednesday denounced it as “media terrorism”.