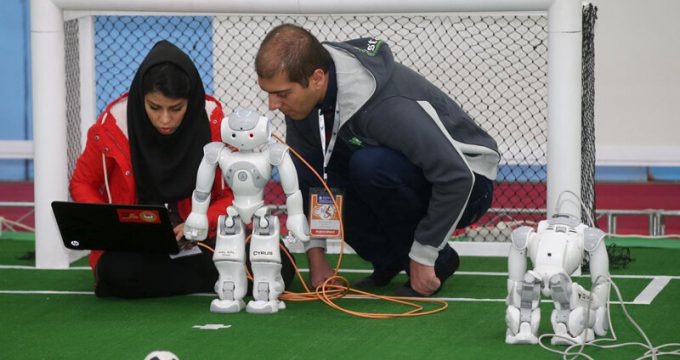 This year, the event began on September 10. However, the winners will be announced on May 3, 2023.

This competition is organized by the National Elite’s Foundation with the cooperation of a group of centers and institutions related to the development of technology and knowledge-based job creation, including Shahid Beheshti University, Research Institute for Information and Communication Technology, the Ministry of Labor, National Tech Market Network, as well as the Innotex Exhibition, and with the support of the private sector.

Training and empowering the best talents, supporting the achievements until production, establishing communication between the medical and engineering industry, as well as accelerating and entering emerging technologies in the health industry, and attracting and hiring selected people in related industries are other goals of establishing the AI annual award competition.

At the end of the event, different teams and individuals will compete in the field of artificial intelligence in medicine, and the winners will receive cash prizes.

The roadmap for AI development was drafted in January after a year of scientific work with the participation of academic and industrial figures from both the public sector and the private sector.

The AI roadmap document includes 10 major goals, 9 strategies, and 156 activities for which a ten-year horizon is envisaged.

Iran ranked 13th among the top countries in artificial intelligence by the total number of publications in 2021, according to the Nature Index database.

The SCImago ranking database at the University of Granada, Spain, ranks countries and universities based on the number of scholarly articles from higher education institutions in the Scopus database. This ranking uses three indicators of research, innovation, and society in combination.

In the 2020 version of SCImago, the subject of artificial intelligence is a subcategory of computer science, which ranks Iran as 15th in the world and first in West Asia.

Also, in cognitive sciences as a subset of psychology, which is one of the disciplines related to artificial intelligence, Iran ranks 36th in the world and third in West Asia.

In electrical and electronic engineering, which has a part of artificial intelligence, Iran is ranked 15th in the world and first in West Asia.