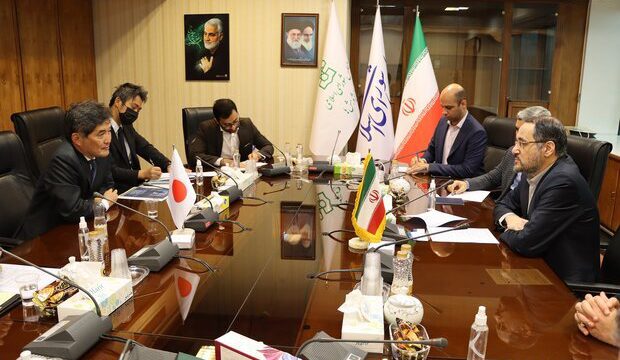 The Head of Iranian Parliament Research Center (IPRC) said that cooperation of research centers of Iran and Japan can improve the links between theoretical and practical policies between the two countries.

Speaking in a meeting with the Japanese Ambassador to Tehran Kazutoshi Aikawa on Wednesday, Babak Negahdari. IPRC Chief emphasized that cooperation between the research centers of the two countries, which play a leading role in compiling and identifying pathology of the executive policies, can strengthen the bond between theoretical and practical policies to a great extent.

Turning to the longstanding history of diplomatic ties between Iran and Japan, which dates back to more than nine decades ago, the Head of IPRC said that Iran and Japan have an age-old historical relationship and this issue can play a leading role in outlining the new chapter of cooperation between the two countries.

Stating that Iran and Japan are two important countries with an ancient civilization in Asia and on the international stage, Negahdari stressed that bilateral cooperation, especially in the parliamentary field, can help boost the role and status of the two countries on international stage.

Iranian Parliament Research Center is ready to play its role in order to develop research cooperation between the two countries, he added.

Japanese envoy to Tehran, for his part, pointed to the historical ties between Iran and Japan and emphasized the need for strengthening bilateral relations in various fields.

Welcoming the cooperation proposal of IPRC and the Parliamentary Research Centers of the Japanese Parliaments, he added, “The actions of IPRC in preparing expert reports in various fields, especially in the field of water resources and electricity generation infrastructures, are very special.”

Kazutoshi Aikawa attached great importance to the key role Iran plays in ensuring security of the region especially in Strait of Hormuz.