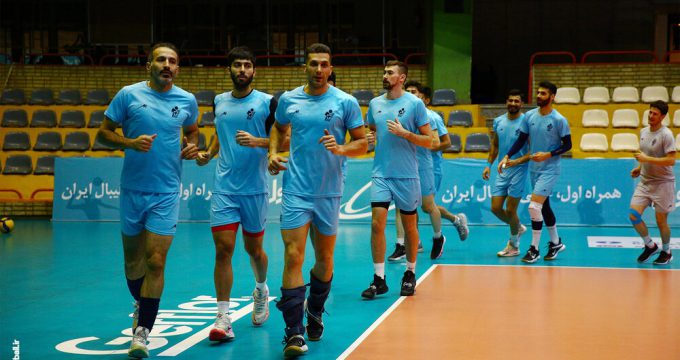 The Iranian club will also meet Italian side Trentino Itas a day later in Pool B.

The 2022 FIVB Volleyball Men’s Club World Championship features six of the most exciting club teams in the world.

Matches will take place over five consecutive days, with the final on Sunday. The Brazilian city will host the tournament for the sixth time.

The Italians will rely on three members of the Italian team that won gold at the 2022 FIVB Volleyball Men’s World Championship, including outside hitters Alessandro Michieletto and Daniele Lavia and setter Riccardo Sbertoli. They will also count on a number of more experienced players like Bulgarian outside hitter/opposite Matey Kaziyski and Serbian middle blockers Marko Podraščanin and Srécko Lisinac.

Paykan are the third most experienced team at the Club World Championship. The Iranians have appeared at the tournament on four occasions and won bronze in 2010 as their best result, volleyballworld.com reported.

“We have been preparing for the Club World Championship for a month, so we had the time to work physically on our game,” head coach Peyman Akbari reflected. “We know that winning the tournament will be a very difficult task, but we feel that we are ready to play and to represent Iran and Asia well.”

This year’s edition of the tournament is the 17th held since 1989.

The 17th edition of the FIVB Volleyball Men’s Club World Championship will be held in Betim, Brazil from Dec. 8 to 12.

Italian teams have been the most successful in the championship, with 10 titles.