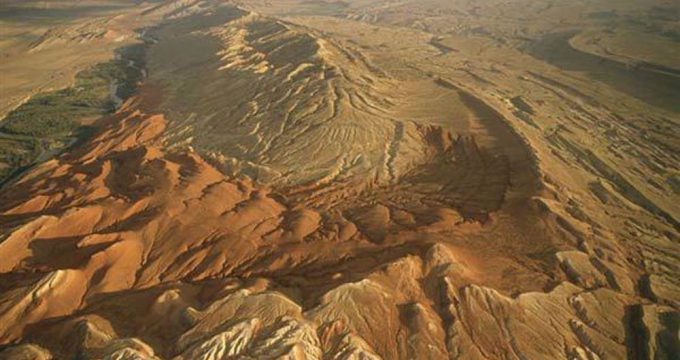 Iran has discovered new oil reserves in the country’s southwest, the details of which will be announced by Minister of Petroleum Javad Owji in the near future, the National Iranian Oil Company (NIOC) says.

Iranian experts have also carried out well-logging on an offshore exploratory block in the Persian Gulf with gas reserves estimated at 30 trillion cubic feet, director of exploration at NIOC Mehdi Fakour announced on Tuesday.

“For the first time, we have achieved the method of aerial magnetometry which is used up to a depth of 7,000 meters below the surface of the earth to identify reservoirs and hydrocarbon fields,” the official said.

The technique involves using unmanned aircraft and magnetometers equipped with georeferencing systems and other navigation instruments to perform magnetic scans.

Fakour said the design of the aircraft was carried out by Iranian scientists, and the plane is currently being used to collect data. “One tenth of the area of the country is to be surveyed by this plane,” he said.

“Few people in the world have the ability to fly such an aircraft, which must be flown at a low altitude – 600 meters above ground – under special conditions.  A 30-year-old Iranian, trained domestically, will do this grave task in the Zagros mountains,” Fakour added.

Most of Iran’s oil and gas fields lie in a belt running along its maritime boundary in the Persian Gulf and the foothills of the Zagros Mountains – an extensive folded zone which is geologically the result of the Arabian plate’s collision with the central Iranian plateau.

The collision has trapped thick layers of ancient limestone and sandstone and turned them into some of the world’s biggest oil and gas accumulations.

The Zagros basin covers more than 550,000 square kilometers, stretching from Turkey and Syria through the Iraqi Kurdistan into Iran where its sediments are ideally up to 12,000 meters thick.

Some 23 Iranian hydrocarbon fields lie in border areas and are shared between Iran and adjacent countries, including Kuwait, Iraq, Qatar, Bahrain, the UAE, Saudi Arabia and Turkmenistan.

Iran’s proven oil reserves of at least 160 billion barrels account for almost 10 percent of the world total and rank it fourth after Venezuela, Saudi Arabia and Canada. The country also sits on the world’s largest proven gas reserves of almost 34 trillion cubic meters, or 18 percent of the global total.

Iran’s oil and gas resources are also some of the exceptionally most attractive in the world from an economic point of view. They are trapped in large, conventional reservoirs with excellent geological properties that make them highly productive at a low cost.

According to Reuters news agency, Iranian oil wells hold the world record for the highest production average of 10,000 barrels per day.

The oil, gas and petroleum sectors, however, are on the frontline of the fight against the United States’ “maximum pressure” which former US president Donald Trump primarily applied with an express aim of bringing the country’s exports down to zero.

The sanctions have spawned an inward-looking drive in Iran, especially in the oil industry, to mobilize local resources and fulfill some of the tasks which were an exclusive competence of foreign companies for decades.