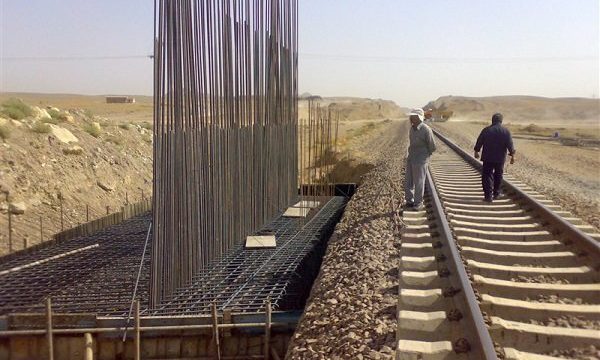 Construction of Hamedan-Sanandaj electric railway is currently in its final stages which would link the west of Iran to the country’s railway network.

Construction of the electric railway from Hamedan to Sanandaj is an important ongoing rail project in Iran that is expected to be finished within next few months, a statement by the Islamic Republic of Iran Railways (RAI) said.

The 151-km long railway project begam in 2005 and now has 91 percent physical progress.

48 kilometer of the route is in Hamedan Province and 103 kilometer in Kurdistan Province linking not only two provinces to each other but also Sanandaj City to Iran’s rail network via Hamedan and Tehran.

Additionally, the project can further expand to the East Azerbaijan, West Azerbaijan, and Kermanshah Provinces and Bashmaq Border westwards.

Bashmaq Border has 4.6 million tons capacity for freight transit which would be further operational through this rail route.

Besides Hamedan-Sanandaj Railway, Rasht-Astara Railway and Khash-Chabahar Railway are currently two key railway projects in Iran. The first route is 162 kilometers and the second is 474 kilometers (out of total 628 kilometer which 154 kilometers from Zahedan to Khash has been recently inaugurated).

According to the RAI statement, the completion of the strategic Rasht-Astara and Zahedan-Chabahar Railroads will complete the International North-South Transport Corridor (INSTC) through north and southeast of Iran respectively.