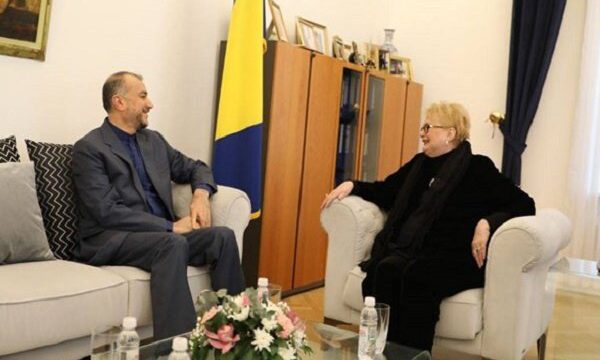 Iran and Bosnia and Herzegovina are on the verge of celebrating the 30th anniversary of the establishment of friendly relations, she added.

“Iran has always been an honorable and friendly country for us and has supported our territorial integrity and understood the political conditions of our country,” the top Bosnian diplomat stressed.

She went on to say that her country eyes on joining the European Union, but it will respect the principles.

Getting the membership title of the European Union and joining NATO is a priority for Bosnia, according to Turković.