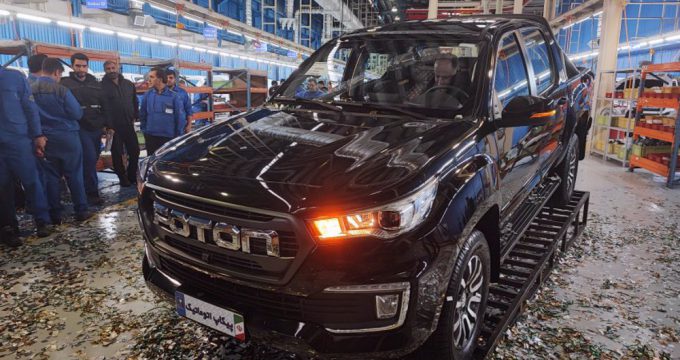 Reports in local media on Sunday showed images of Foton Tunland, a 235-horsepower, V-6 pickup truck that IKDC officials said would hit the markets in the next three months.

The truck is the first Iran-made vehicle that passes the latest Euro 6 emission standard as well as 85 other requirements set by Iranian standard bodies. It is equipped with an automatic transmission and other advanced features.

A report by the IRIB news said the IKDC will manufacture 3,000 units of Foton Tunland per month when it scales up production of the model.

The unveiling comes amid reports suggesting there has been major boom in the home-grown car industry in Iran in the months that have passed since the start of the calendar year in March.

Figures by Iran’s ministry of industries published earlier this week showed that vehicle output in the country hit a five-year record of 122,000 units in the calendar month to November 21.

The European Automobile Manufacturers’ Association (ACEA) also said in a report last week that car output in Iran had surged by 31.2% year on year in the nine months to September 2022 to reach a total of 949,817 units.

The figures come as Iranian automotive companies have sought to diversify their products and boost their local parts manufacturing capacities.

Those efforts intensified after the United States imposed sanctions on Iran in 2018 and made it difficult for local manufacturers to access parts supplies from abroad.