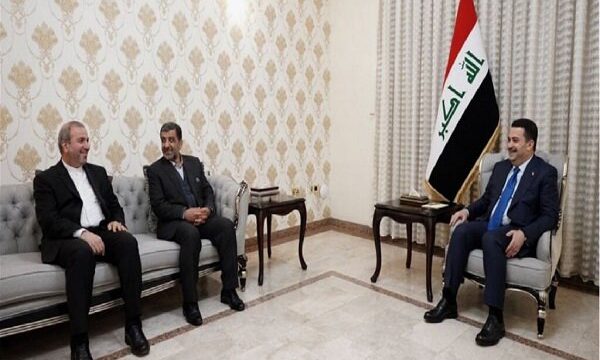 Iran’s Minister of Cultural Heritage, Handicrafts and Tourism, during a visit to Baghdad, met and held talks with the Iraqi Prime Minister Mohammed Shia Al-Sudani.

Ezzatollah Zarghami and Al-Sudani discussed Iran-Iraq cooperation in the field of antiquities and cultural heritage, according to the Iraqi Prime Minister Media Office.

The meeting was held on Sunday with the presence of the Iranian Ambassador to Iraq Mohammad Kazem Al-e Sadegh.

Religious tourism and mutual facilities for Iranian and Iraqi citizens were also discussed during the meeting.

Zarghami arrived in the Iraqi capital on Saturday night to attend the 6th Forum of Ancient Civilizations.