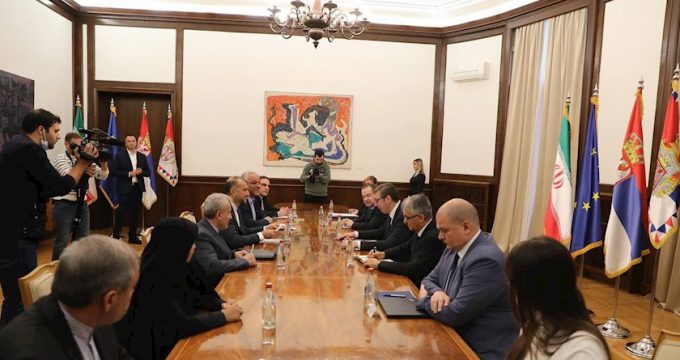 Before the meeting, AmirAbdollahian had met with the Minister of Foreign Affairs and the Prime Minister of Serbia separately.

AmirAbdollahian on Sunday, in a meeting with the Serbian Foreign Minister Ivica Dacic, appreciated his Serbian counterpart over the warm welcoming of the Iranian delegation.

According to the Iranian foreign ministry, the latest developments regarding Iran-Europe ties were discussed during the meeting in Belgrade.

Speaking at a joint press conference with his Serbian counterpart Ivica Dacic in Belgrade on Sunday, Amirabdollahian said the Iranian nation has successfully emerged from the recent riots provoked by foreign interference with hybrid warfare.

He said the US and several other Western countries sought to incite riots in Iran because “one of the US’ objectives was to force Iran to make big concessions at the negotiating table” to revive the Joint Comprehensive Plan of Action (JCPOA) and the removal of sanctions.

AmirAbdollahian met with Iranian ambassadors to Europe on Sunday.

The top Iranian diplomat and the Islamic Republic of Iran’s ambassadors exchanged views in political and economic fields while discussing regional and international developments.

The Iranian foreign minister arrived in Belgrade on Sunday evening at the official invitation of his Serbian counterpart to hold high-profile talks with Serbian authorities.