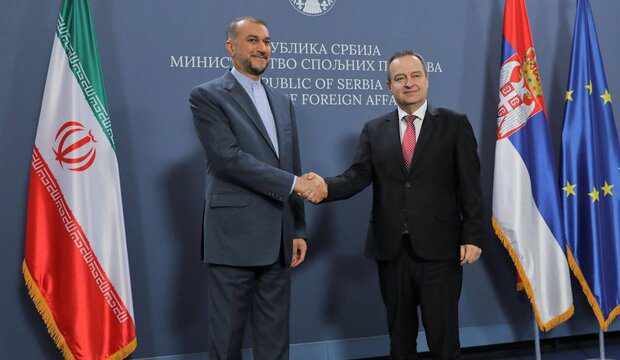 Iranian Minister of Foreign Affairs Hossein AmirAbdollahian left for Belgrade on Sunday morning and held a meeting with his Serbian counterpart in the afternoon.

AmirAbdollahian held a meeting with first deputy prime minister of Serbia and minister of foreign affairs Ivica Dačić after arriving in Serbia’s capital on Sunday afternoon.

The two foreign ministers are scheduled to participate in a joint press conference.