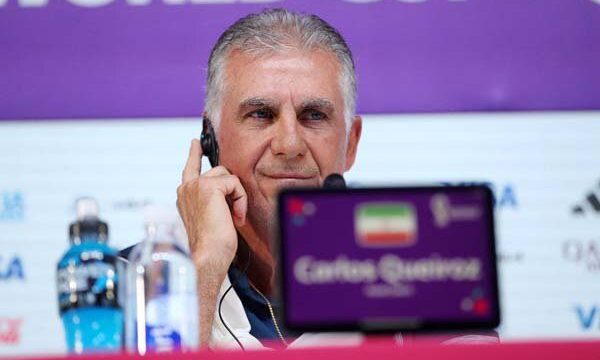 Carlos Queiroz returned to Iran from Qatar 2022 World Cup along with the Iranian national football team players after the team could not qualify from the group stage earlier this week.

Although his contract with the Iranian Football Federation has already ended, the federation has yet to announce its decision about him.

Queiroz was picked once again to lead the country’s national team three months before the start of the World Cup.

The prominent Portegues coach led the national Iranian team in the previous two World Cups editions in Brazil and Russia.