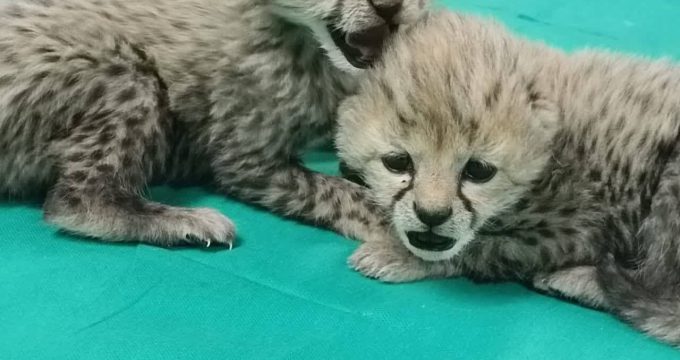 Two female cheetah cubs have been found in the Turan National Park, improving hopes for the increase of the population of the species, an Iranian official said.

Bahram Ali Zaheri, the director general of the Department of Environmental Protection of Semnan Province, told IRNA on Sunday that the two cheetah cubs are 16 to 20 days.

The two cheetah cubs, which have been discovered in the Turan National Park of Semnan, are female, Zaheri noted.

The situation of the two cheetah cubs has been examined and they are living in a stable condition, he said.

A shepherd from Mehdishahr in Semnan Province whose livestock was grazing at the Turan National Park heard noises and saw the cheetahs, the official added.

The shepherd informed park rangers on Friday and they started looking for the cubs’ mother, but they have not yet succeeded in finding her, he mentioned.

The Turan National Park is a breeding zone and an important habitat for cheetahs.

Recently an endangered female cheetah, called “Iran,” gave birth to three cubs. The cubs were born at the Touran Wildlife Refuge in Semnan Province on May 1st.

However, one of the cubs lost his life in the early days, and after a while, another cub also died due to improper care.

After the deaths of two of the three Asian cheetah cubs, the third brother, named Pirouz, whose name means “victorious”, lives in Pardisan Wildlife Park in the capital, Tehran.