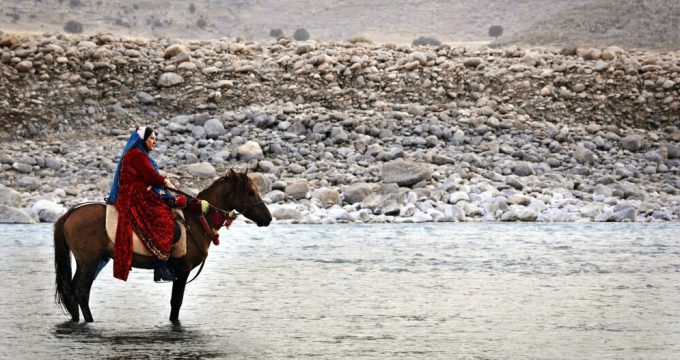 Qolipur, a student at the Art University of Isfahan, follows Zari, a rural woman who lives in Western Iran. When she was at the age of 11, her parents forced her to marry a 25-year-old man – the beginning of her challenging life. She is different from other rural women as she drives a pickup truck and distributes gas cylinders to 16,000 villagers.

The VGIK festival is supported by the Ministry of Culture of the Russian Federation, the Presidential Grants Fund, and the National Fund of Right Holders.

“Don’t Breathe” by Iranian director Milad Nasim-Sobhan won a special diploma from the professional jury “for professional skills in cinematography”.

Nasim-Sobhan is from the University of Arts.

The story of the film is set in a fantasy world. To exert more tyranny and suppression, the ruling power has done something to its dissenters that they exhale smoke when they breathe, and the agents must take into custody such people wherever they find them. Unaware of the law, a man meets one of the dissidents and it changes the course of his life, until he decides to immigrate to a better land with the dissident for a better life.

The Grand Prix was given to “Bebia, Babua, Anzorik, Me and Mom” by Raul Geydarov from Russia.

The best short fiction film prize went to “The Horse from Heaven” by Maharshi Kashyap and Satyajit Ray from the Film and Television Institute, India.

The VGIK student festival’s main goal is the recognition and encouragement of young talents. The winners of the early editions are now among the iconic figures of the film industry world. Among them are Andrei Konchalovsky, Andrei Tarkovsky, Vasily Shukshin, Nikita Mikhalkov, Vadim Abdrashitov, Pyotr Buslov, Boris Akopov and Alexander Khant.

The festival is held in two stages, the first of which was organized from October 17 to 28, and the second stage was held from November 14 to 18.

Films by students from Great Britain, Italy, USA, France, Germany, China, Brazil, Argentina and several other countries were presented during the festival.