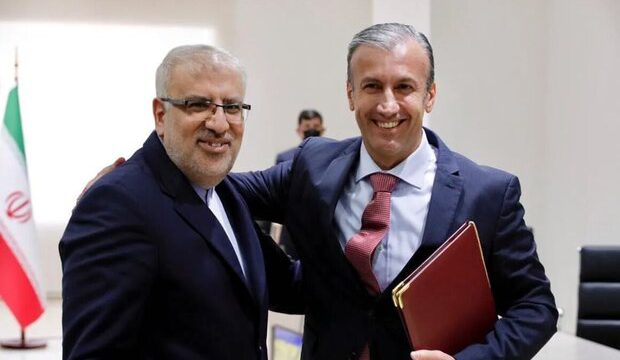 Iranian Oil Minister Javad Owji and his Venezuelan counterpart in a phone conversation on Thursday night discussed the Tehran-Caracas bilateral cooperation in the field of energy.

The latest developments in the global oil market were another topic discussed between Owji and the Venezuelan Minister of Industries and National Production and Minister of Petroleum Tareck El Aissami.

Several months ago, Iran and Venezuela signed different agreements and MoUs during Owji’s visit to Caracas. The documents signed between the two countries include the fields of expansion and production in oil and gas fields, upgrade and modernization of refineries and utilization of refinery capacities, and training human resources and expertise in oil, gas, and petrochemical industries.

On October 16, Owji announced the launch of the first refinery built by Iran overseas called El Palito refinery in Venezuela.

Owji said that refinery has the capacity of refining 100,000 barrels of crude oil from the country’s fields.