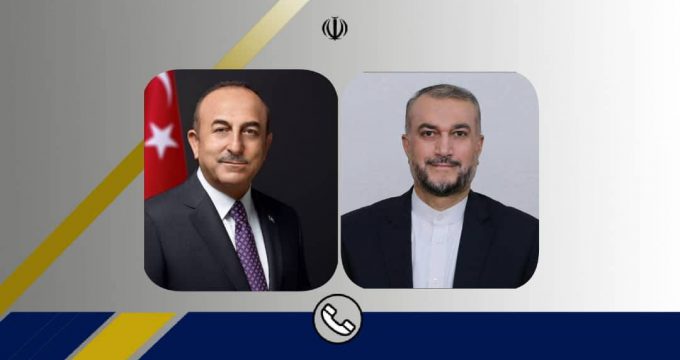 Amirabdollahian in the phone talk said that the Islamic Republic of Iran understands Turkiye‘s security worries and the need to ease them, arguing, “Achieving that objective is in need for continuous security dialogues between the two countries, while military operations not only cannot resolve any of the problems, but also create losses and further complicate the situation.”

He also announced Iran’s readiness for offering any contributions to the peaceful solution of the problems between the two countries.

The Turkish foreign minister, too, in the phone talk elaborated on his country’s stands about the issue, appreciated the Islamic Republic of Iran’s constructive approach and said that such consultations must continue.