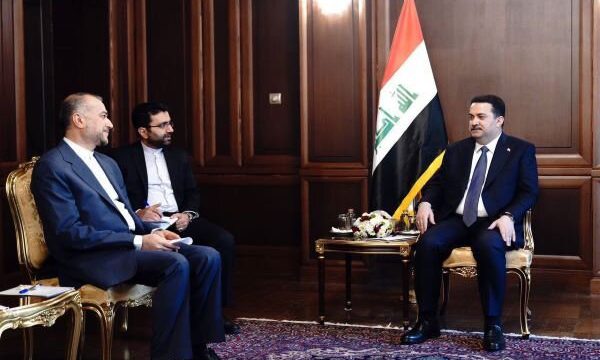 “Today, I met with Mr. Al-Sudani, the honorable Prime Minister of Iraq, in Tehran. We respect him as a representative of the great Iraqi government and nation,” Hossein AmirAbdollahian just tweeted.

These excellent relations show a common strategic view between the two countries, he added.

Heading a high-ranking delegation, the Prime Minister of Iraq traveled to Tehran on Tuesday morning.

During his trip, he met with the Leader of the Islamic Revolution, the Iranian president, the parliament speaker, and the first vice president.