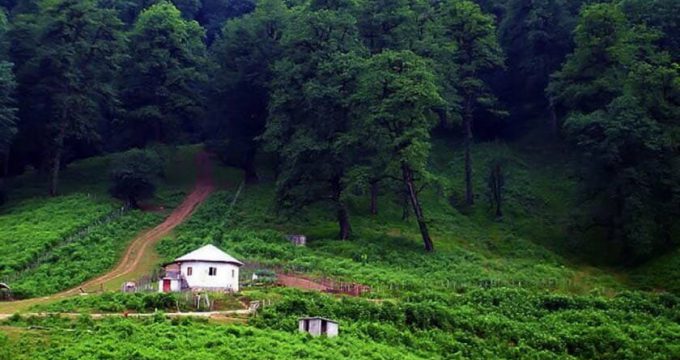 A total of 1.3 trillion rials (nearly $3.7 million) was earmarked to implement the technical and protection plan for forests in the northern part of the country.

The implementation of the five-year plan has started a month ago with the cooperation of the Natural Resources and Watershed Management Organization, deputy head of the Organization Taqi Shabanian, said.

In January 2017 in line with laws regulating all aspects of policymaking and project management with regard to environmental factors Majlis [Iranian parliament] prohibited any exploitation of endangered forests by the fourth year of implementing the sixth five-year national development plan (2016-2021).

According to the “breathing law”, the exploitation of forests for commercial and industrial purposes was planned to be brought to a halt by 2020. By that time all exploitation contracts have expired and none has been renewed.

Iran’s forest area is approximately 12 million hectares with 0.2 hectares per capita, which is one-quarter of the world average. The Hyrcanian forests, for which the alternative breathing plan is to be implemented, start with an area of 1.9 million hectares from Astara in the north of Gilan province and extend to Golidagh in the east of Golestan province with a length of approximately 800 km and a width of 20 to 70 km. A small part of Hyrcanian forests, equivalent to 20 thousand hectares, is located in Azerbaijan.

A total of 1.3 trillion rials (nearly $3.7 million) will be spent on repairing forest roads, building fences, repairing barbed wire, and collecting a number of dry trees on the side roads with a distance of about 75 meters, he explained.

There are 8,000 kilometers of roads in the forests of northern Iran. The dry trees on the side of the forest roads cause the wildfire and should be collected, he said.

One of the most important services that forests provide to ecosystems is the production of oxygen. The next service is carbon sequestration, climate change adaptation, and increasing the air heat capacity, which reduces the temperature difference between day and night, thus reducing the crops’ water consumption.

Half of the existing Hyrcanian forests are also deforested. In the Zagros, 30 percent of the forests have been exposed to complete depletion and we have lost 15 million oaks in the last two decades.

Iran’s forest area is approximately 12 million hectares with 0.2 hectares per capita, which is one-quarter of the world average, so attention to preserving the forest areas must be four times the global attention.

The implementation of the forest breathing plan has definitely had an effect on improving the condition of the country’s forests. Before that, thousands of trucks were logging timber from forest areas, which had started two years ago, amounting to two million cubic meters per year, which decreased to 500,000 to 600,000 cubic meters in recent years, Hadi Kia Daliri, secretary of the Convention on Biological Diversity explained.

It also caused the economic view of wood production changes to consider ecology and ecosystem, he added.