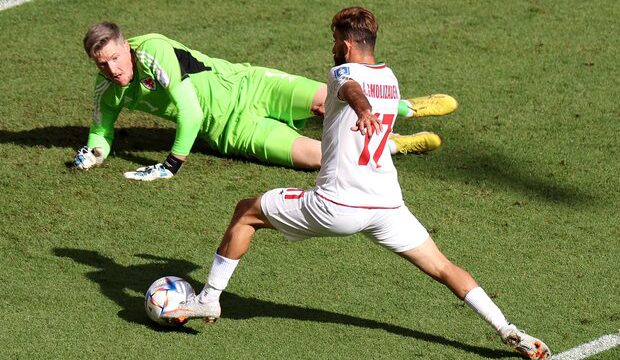 The national Iranian men’s football team has ranked the fourth among top scorers in World Cup so far.

According to the website of the FIFA World Cup, Iran has ranked fourth in the tournament among the highest-scoring teams.

In the past two games, the national team of Spain with 8 goals, France with six goals, and Croatia and Iran with fourth goals are the top four scores so far.

Iran will face the United States tomorrow for its third and final match in the group stage.

The Persian Leopards lost their first match 6-2 against England while they beat Wales in their second match 2-0. 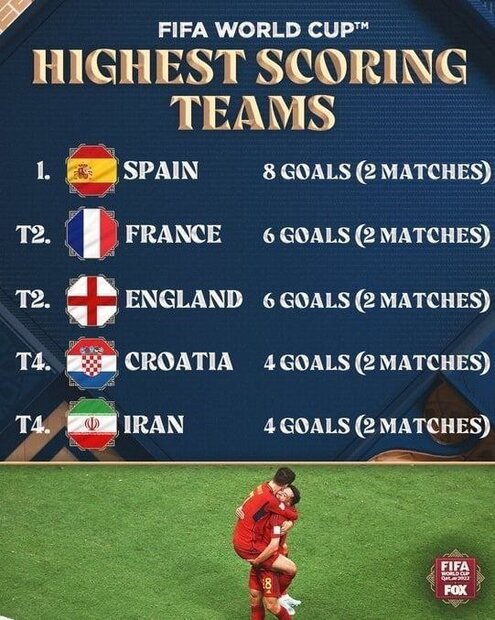