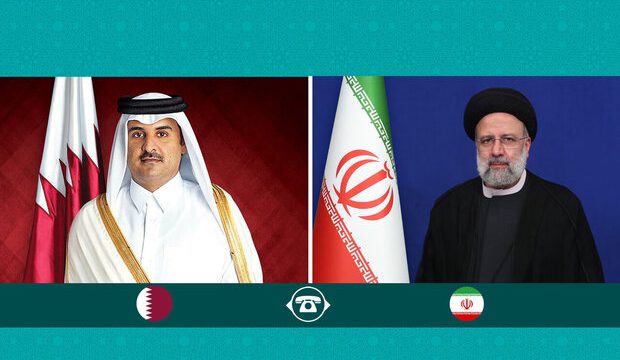 During the phone call, the Iranian President congratulated Sheikh Tamim bin Hamad Al Thani on the kickstart of the FIFA World Cup Qatar 2022, and praised the good organization, expressing his best wishes to the participating teams in the tournament.

The phone call also touched on the bilateral relations and aspects of promoting them in various areas of cooperation, in addition to the most prominent developments of common concern, Qatar News Agency reported.