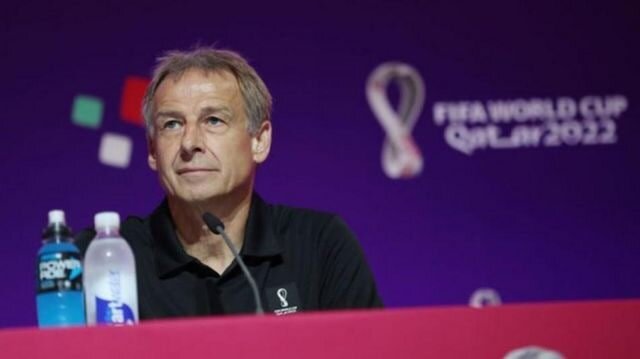 Klinsmann to call Queiroz to calm things down

The former German international and 1990 World Cup winner Jurgen Klinsmann was quick to dispel any sense of criticism from his comments accusing Iran of a gamesmanship made as a pundit.

Klinsmann went on to praise the whole Iran bench and revealed he would be in contact with Queiroz to clear the air.

“There was stuff really taken out of context,” Klinsmann explained. “I will try to give him a call and calm things down. I have never criticized Carlos or the Iranian bench. Some even thought I was criticizing the referee because he didn’t do anything about the way they were behaving on the bench.

“All I described was their emotional way of doing things, which is actually admirable in a certain way. The whole bench lives the game. They’re jumping up and down and Carlos is a very emotional coach, he’s constantly on the sidelines trying to give his players all his energy and direction,” he added.

Klinsmann’s accusations of gamesmanship sparked Queiroz to respond in a set of Tweets accusing the German of “undermining our effort, sacrifices and skills”, before he called for Klinsmann to be removed from his position as part of FIFA’s Technical Study Group.

On the pitch, Queiroz’s side impressed against Wales, with the late win giving them a serious chance of qualification to the last 16 after their opening day capitulation against England.