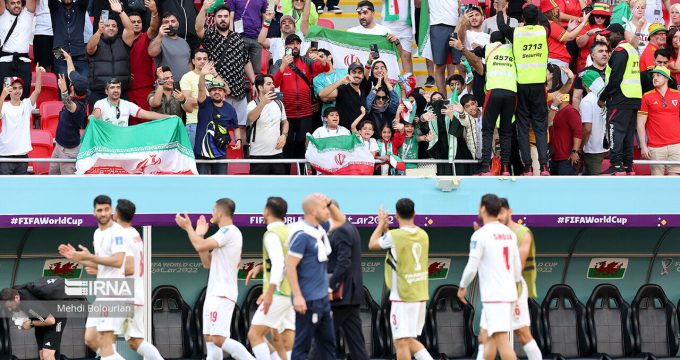 In its congratulatory message, Iran’s mission said that the Iranian players once again proved that they can be successful in any field if they are steadfast, united, and determined, and prioritize national interests.

The national Iranian men’s football team managed to defeat Wales in their second match in Group B of the World Cup in Qatar on Friday.

The two goals of Iran were scored by Rouzbeh Cheshmi at minute 98 and Ramin Rezaeian at 101.

Wales lost their goalkeeper after he received a red card for a fault on attacking Mehdi Taremi.

The Iranian national football team lost its first match against heavyweight England 6-2 in the 2022 World Cup on Monday. Iran’s goalkeeper Aliraza Beiranvand – known as Beyro – was badly injured in the very first minutes of the game and Queiroz was forced to substitute him with Hossein Hosseini.