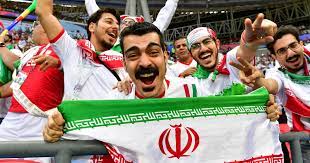 Iranian people have taken to the streets all across the country to celebrate the country’s National Football team’s win against Wales at the Qatar World Cup.

People hoisted Iran’s flag and chanted in support of Team Melli, who defeated Wales in a breathtaking match. The citizens honked their horns and waved pictures of the Iranian players, while dancing and shouting on the streets.

President Raisi also sent a congratulation message to the National Football team and the Iranian people for the victory.

He addressed Team Melli and said hardworking and zealous players of Iran’s national football team did a great, sweet job and made the Iranian nation happy and proud.  Raisi said that all members of the team have his blessing in the tournament, up until the last moments of the games.

It goes without saying that Iranian fans were the number one supporter and major motivation backstage for Team Iran who should receive Appreciation either inside or outside the country.