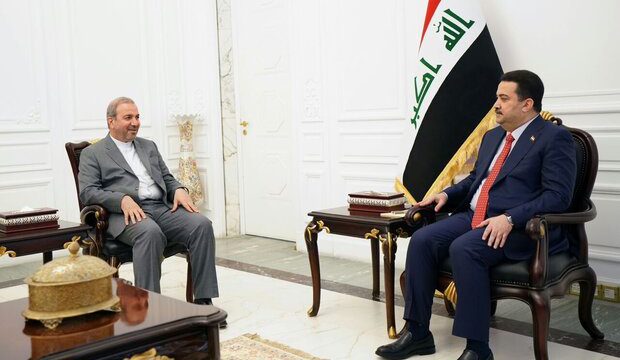 During the meeting, the ambassador conveyed to the Iraqi prime minister the invitation of Iranian President Seyed Ebrahim Raeisi to visit Iran.

Al-Sudani and Al-e Sadegh also discussed and exchanged views on the bilateral relations between the two countries.

According to the Iraqi Prime Minister’s public relations department, the two sides exchanged views on shared files in economic and investment fields.

It was also emphasized that the meetings between Iraq and Iran in the security case will continue until the preservation of the sovereignty of the two countries bears fruit in line with securing the interests of two friendly nations and consolidating regional security and stability.