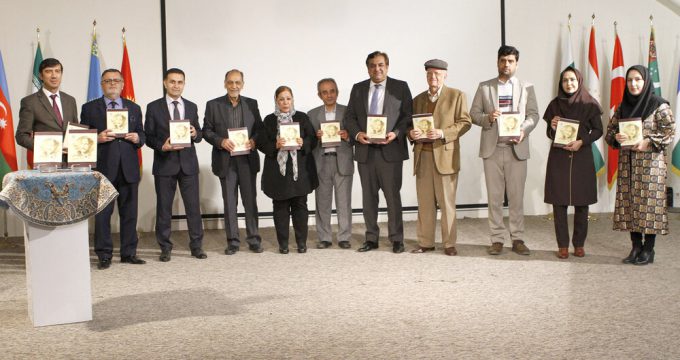 Written by Hakimeh Dastranji, “Iqbal in the Contemporary Persian World” has recently been published by the institute.

The book launch was organized to mark the 145th birthday celebration of the South Asian Muslim writer, philosopher and politician, the institute announced.

In a short speech, Buriboev called Iqbal Pakistan’s national poet and a luminary coming from the civilization of the ECO countries and a common literary and cultural manifestation of Persian-speaking nations.

He said that Iqbal doesn’t belong only to a certain geographical region or one special generation and noted that he belongs to people who can speak Persian and Urdu.

“Iqbal is a ring linking nations to each other and belongs to the world’s literature and considers that a poet should be like a prophet in society,” he said.

He also discussed the influence of Persian literature on Iqbal and said, “In addition to his Urdu compositions, Iqbal chose the Persian language to compose his poems and enjoyed the power of great Persian poets such as Hafez and Rumi to enrich his poetry.”

Pakistani Ambassador Qureshi also delivered a short speech and said that Iran is the central theme of Iqbal’s philosophical thoughts and a country, which deeply influenced his life and works.

He referred to a quote from one of Iqbal’s speeches saying, “If only Tehran were to become the Geneva of the East, perhaps the destiny of the entire planet would change,” to express the extent to which Iran influenced the great thinker.

“Iqbal composed nearly 15,000 verses of poetry, 9,000 of which are in Persian, and I must also say that his most beautiful works are in Persian,” Qureshi noted.

He also said several high-profile Iranian cultural figures such as Malek o’Shoara Bahar and Ali Shariati were deeply influenced by Iqbal and also added that his poetry was inspiring for many Iranian youths during the 1979 Islamic Revolution.

Earlier in 2019, the ECO Cultural Institute published “Iqbal and Iran”, a book by Dastranji that chronicles Iqbal studies in Iran.